‘The Young and the Restless’ Spoilers: Billy Using Amanda As A Therapist – Vickie Senses Billy Is Adrift 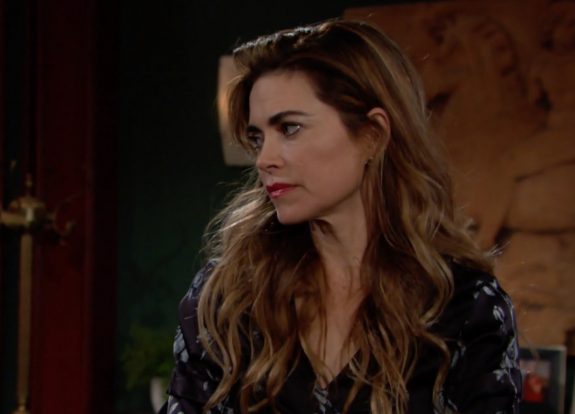 Billy Abbott (Jason Thompson) is talking about his latest round of problems on ‘The Young and the Restless’. But he’s not doing that with a professional therapist, which is the least of what’s needed.

Declaring himself fit in his mind, Billy canceled out his appointments. He’s been chatting Amanda Sinclair (Mishael Morgan) up, who’s not stable herself.

Amanda’s declaration that there’s nothing wrong with Billy was well-intentioned, but was expressed with a surface knowledge base. Unlike Vickie Newman (Amelia Heinle), Amanda barely knows Billy. She’s also using him as an outlet as well.

He’s been romanticizing his past, reckless behavior and continues to insist that he’s fully recovered from last summer’s breakdown. Vickie knows this is a warning sign, but doesn’t yet have the ability to see the full extent of his mental fragility.

The growing unease Vickie is facing is based on so many instances of Billy falling down. What’s odd about this instance is that it doesn’t directly, or even indirectly compare to his other issues, which were mostly addiction related.

Billy has been frequenting The Empty Glass recently. That local watering hole represents an escape from reality for various Genoa City, Wisconsin, personalities who enter the subdued setting.

Amanda has been seen on a variety of occasions at this bar as well, where viewers have learned some tidbits of her backstory. From what has been gleaned to-date, she was in a relationship that turned bad and is staying in GC in order to make a clean brake.

Young And The Restless Spoilers – Billy Abbott Lost In Himself

A combination of events set Billy off last year. He learned about Adam Newman’s (Mark Grossman) miraculous comeback from the dead. A particular moment had Adam hugging Connor Newman (Judah Mackey) at Chancellor Park, which stood as a start contrast to the hole that exists within Billy’s heart since Delia Abbott (as originally played by Sophie Pollono) was struck down in 2013.

But the masterful mind-morph arc that Y&R created last summer, which allowed Thompson’s sharp acting to shine, isn’t over. Instead of projecting the dark side of himself, Vickie’s soul mate believes he’s Mr. I’m All-right.