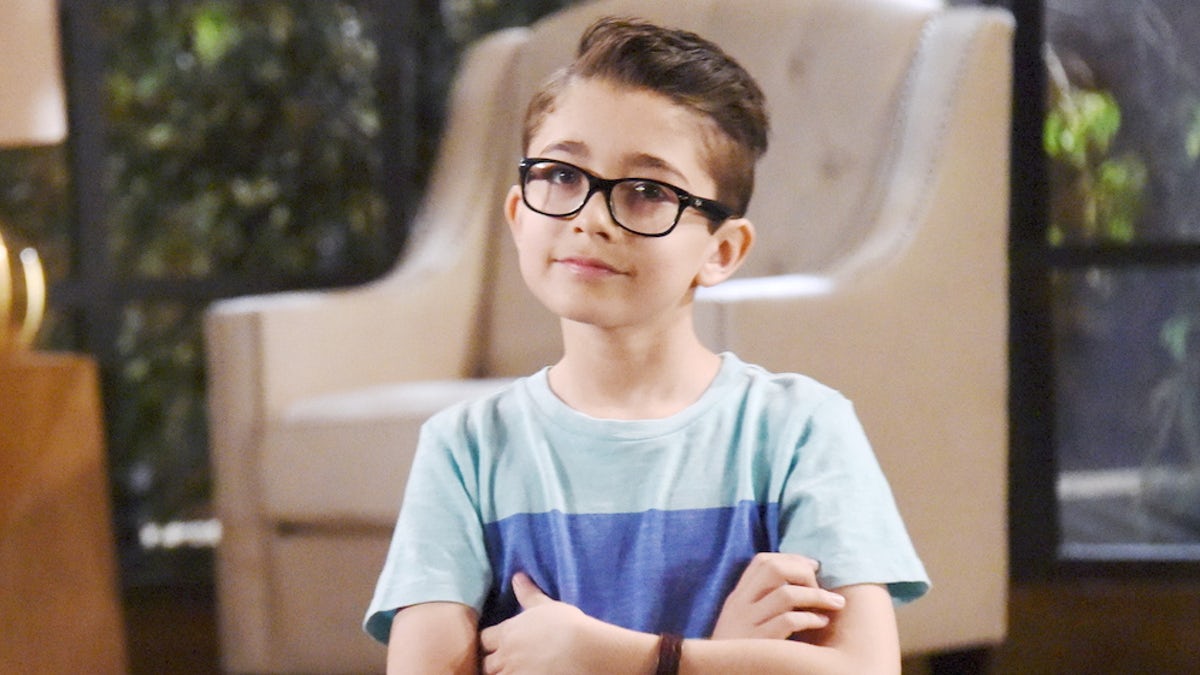 The son of Nikolas Cassadine and Courtney Matthews is making his way back to Port Charles to reunite with his father. How will this go?

It has been some time since fans have seen young Spencer Cassadine, or to give him his full name, Prince Spencer Stefan Niklosovich Cassadine! The role continues to be played by 15-year-old Nicolas Bechtel.

News is that Nicolas (Spencer Cassadine) will return to “General Hospital” next week and his character will be reuniting with his father, Nikolas Cassadine (Marcus Coloma) who recently came back from the dead.

This will no doubt be an interesting reunion, as fans will ask whether Nicolas will forgive Nikolas’ betrayal, as well as the fact that he has a new step-mother.

For anyone new to “General Hospital,” or needing a reminder, Nicolas was born in Fontana, California on February 15, 2005 and his character, Spencer’s onscreen birth happened on February 20, 2006.
Bechtel first played the role of Spencer on “General Hospital” on May 16, 2013. Meanwhile, there’s no keeping this talented youngster back, as Nicolas has also starred in “Days of Our Lives” and “Grey’s Anatomy.”

In “General Hospital,” Spencer is the son of Nikolas Cassadine and his late mistress-turned-fiancée, Courtney Matthews. Spencer was actually believed to be a miracle child, as Courtney had been told she was infertile, after she suffered a miscarriage in 2003.

His parents, Nikolas and Courtney, conceived Spence during their steamy affair, when both parties were married to someone else. Emily Quartermaine (Nikolas’ wife) acted as Spencer’s mother until she died in 2007. Meanwhile, Courtney’s husband, Jasper Jacks, tampered with paternity test results to make it look like he was Spencer’s dad. Of course, eventually the story came out and his true parentage on both sides was revealed.

After returning to Port Charles and discovering his father, Nikolas, is not only alive, but that Ava Jerome (Maura West) is his new stepmom, how will young Spencer react? Will he be happy to see his father alive and happy in a new marriage, or will he resent Nikolas’ new wife? Keep watching “General Hospital” to find out what happens next!