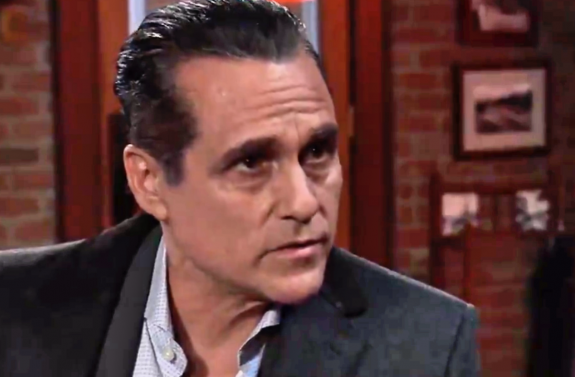 General Hospital (GH) spoilers for Friday, January 17, tease that Jordan Ashford (Briana Nicole Henry) will warn Harrison Chase (Josh Swickard) to stay away from Nelle Benson (Chloe Lanier) – or whatever she’s calling herself. She won’t think Chase needs to get mixed up in Nelle’s mayhem again, but Chase may find it tough to steer clear due to Willow Tait (Katelyn MacMullen).

GH fans know Nelle invited herself to stay with Brad, so she’ll quickly make herself at home. She’ll come around the corner in a robe and wonder what Willow’s doing there. Willow will ask the same question at the same time. Brad will look like he’d rather be anywhere else than stuck in the middle of this conflict, but he’ll just have to handle it as best as he can.

Other General Hospital spoilers say Michael Corinthos (Chad Duell) will fear for Sasha Gilmore’s (Sofia Mattsson) safety. He’ll explain the risky Nelle situation and argue that it’s why Sasha needs to move in with him. Sasha will definitely be taken aback, but it looks like Michael will make a convincing case.

Next, Cameron Webber (William Lipton) will annoy Trina Robinson (Sydney Mikayla) by denying his feelings for Josslyn Jacks (Eden McCoy). She’ll think Cam’s playing the typical teenage games – and she’s got no use for those. As for Joss, she’ll get grilled by Carly Corinthos (Laura Wright). It won’t be long until Carly figures out Josslyn hit on Dev Cerci (Ashton Arbab), so she should also learn that Dev shot Joss down.

Carly may contend that Dev’s excuse seems reasonable. The Corinthos family opened their home and crossing a romantic line with Josslyn would indeed complicate the situation. However, Josslyn will still be embarrassed and feeling rejected. She may think Dev’s just not interested, but that doesn’t seem to be true based on how Dev looks at her.

Over with Sonny Corinthos (Maurice Benard), he’ll encounter a face from the past. General Hospital spoilers say Sonny will be livid when he runs into Marcus Taggert (Real Andrews). He’ll demand to know why Taggert’s back in Port Charles, so we’ll see if he gets an explanation.

It looks like Jordan summoned Marcus to assist with the Bob Massicotte investigation, which could bring some major drama. We’ll give you updates as other GH news and rumors emerge. Stick with the ABC soap and don’t forget to check back often for the latest General Hospital spoilers, rumors, updates and news.