General Hospital Spoilers: Valentin Still Has The Upper Hand – In Control Of The Papers To The Cassadine Estate 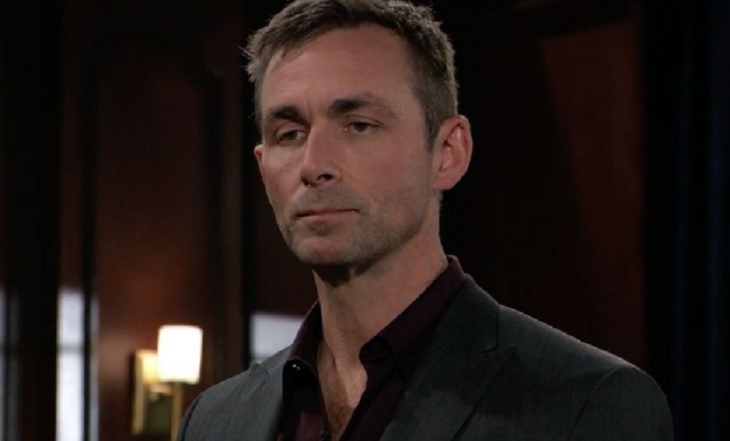 General Hospital’s Valentin Cassadine (James Patrick Stuart) is nobody’s fool. Nikolas Cassadine (Marcus Coloma) has arrived claiming to be the rightful heir of the Cassadine estate. However, Nik signed everything over to Valentin years ago. Does Valentin still have those papers? Are the papers still valid?

General Hospital’s Nik has even mentioned himself that Valentin has papers where he signed the estate over to him. Valentin had these papers in Greece when they were on Cassadine Island and brought them to Port Charles in 2016. If Nik is truly the rightful heir, he has already signed everything over to Valentin. Valentin should just have to produce these papers and Martin Grey (Michael E. Knight) could certainly make it look like they were filed on time even if they weren’t. Does Valentin still have these papers? Do they not still supersede the codicil to the will?

General Hospital’s Nik was technically forced to sign those papers but how can he prove that? Ava Jerome is now his wife and Martin could claim she is lying. Drew Cain (Billy Miller) is presumed dead. Sam McCall (Kelly Monaco) doesn’t owe Nik any favors. So will Nik claim he was forced to sign the papers if Valentin produces them? Will anyone back up Nik’s story if he does claim to have been forced into this deal? Does Nik deserve the Cassadine fortune after everything he has done?

GH Spoilers: Nik Is Sure Valentin Hasn’t Filed The Papers

General Hospital’s Nik is convinced the Valentin hasn’t filed the papers where he signed everything over to him. However, Valentin could have filed them and somehow managed to keep it quiet. Valentin has had some savvy lawyers in the past and Martin seems downright crooked. Could Nik have overlooked the papers somehow? Is it possible that Valentin has put the property in Charlotte Cassadine (Scarlett Fernandez) name to protect his property? If Valentin has gone through the proper channels, is there anything Nik can do to take the estate back away from Valentin? Will Valentin be able to hold onto the estate and continue to live on Spoon Island?

Valentin and Nik could fight over the Cassadine estate for years to come. However, their feud could always turn violent again. Valentin could produce the papers signing the estate over to him and end the whole feud quickly. How will this play out? Which Cassadine will win in the end?