General Hospital Spoilers: Will Spinelli Suffer A Devastating Loss On Their Way Back To Port Charles? 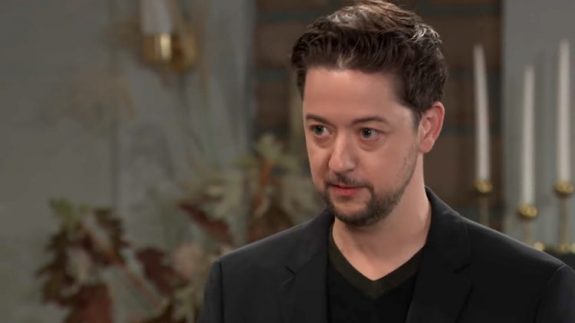 General Hospital (GH) spoilers tease that fan favorite character Damian Spinelli (Bradford Anderson) may be on his way back to Port Charles. Spinelli has a lot a close personal friends in Port Charles, but has been limited to sporadic visits in the last few years.

His girlfriend of many years, Ellie Trout (Emily Wilson), has lived in Portland for many years, so that’s where Spinelli has been living. But now Ellie has a job opportunity that could bring them back to Port Charles permanently.

General Hospital Spoilers: Valentin Still Has The Upper Hand – In Control Of The Papers To The Cassadine Estate

GH Spoilers: But will Ellie actually make it back safely?

But will Ellie make it back to Port Charles safely? Could there be some sort of accident on her back to town, leaving Ellie dead or presumed dead? Spinelli would be heartbroken. But it would also eventually mean that he would be free for future romantic relationships down the road. Both Lulu Spencer (Emme Rylan) and Maxie Jones (Kirsten Storms) have been objects of his affection in the past.

Whichever way it goes, having Spinelli back full time would make a lot of people happy. Jason Morgan (Steve Burton) and Sam McCall (Kelly Monaco) need their friend and his tech savvy for the various situations that they constantly find themselves in. Sam even recently commented that Spinelli was needed back in town! And many fans would agree with that sentiment!

Will Spinelli be back in Port Charles permanently? Will Ellie actually make it back as well, or will some sort of tragedy befall her, leaving Spinelli heartbroken but ultimately single once more? Only time will tell, so stay tuned to General Hospital airing weekdays on ABC. And don’t forget to check back here regularly for all your General Hospital news, information and spoilers!