The Bold and the Beautiful Spoilers: Wyatt Leaning Towards Reunion With Flo – Leaves Sally Behind 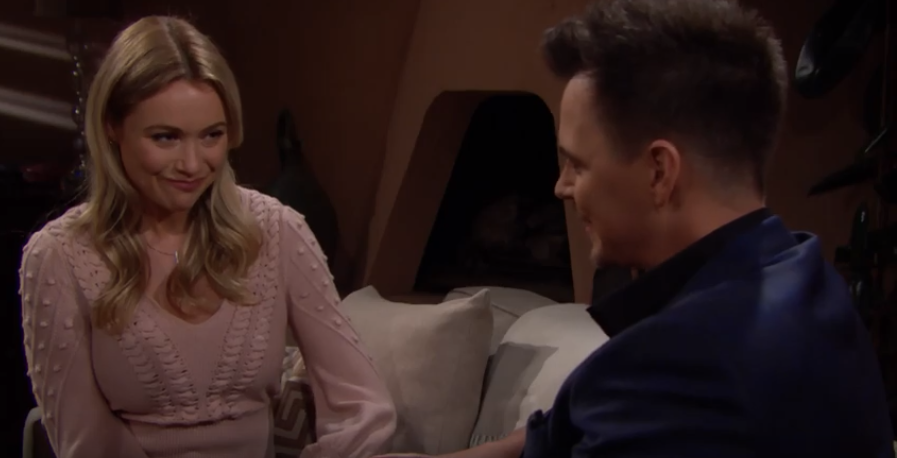 Flo Fulton (Katrina Bowden) is once again a factor on ‘The Bold and the Beautiful’. Seemingly fully recovered from her operation, she’s already met with Wyatt Spencer (Darin Brooks).

Meanwhile Sally Spectra (Courtney Hope) is unsettled. Her meltdown at Forrester Creations, that took place in front of Steffy Forrester (Jacqueline MacInnes Wood) and Ridge Forrester (Thorsten Kaye), was troubling and may also indicate that ‘Wally’ is destined to evaporate, as it did last year during an earlier incarnation.

Wyatt seems to have been leaning toward a reboot with Flo since he met with her following the surgery she had. The donation of a kidney, to her cousin Katie Logan (Heather Tom), reinforced Wyatt’s belief that Flo is a good person.

Bold And The Beautiful Spoilers – Reflecting On The Beth Spencer Ordeal

Flo told Wyatt, when he met with her at Eric Forrester’s (John McCook) guest house, that she’s had time to reflect about the Beth Spencer (Madeline Valdez and River Davidson) ordeal she voluntarily engaged in last year. Agreeing to go along with Reese Buckingham’s (Wayne Brady) scheme resulted in a jail sentence for him and for Flo.

While Reese is scheduled to remain imprisoned for years to come, Flo agreed to work with the authorities. She received a generous immunity deal that allowed her to trade testimony, which apparently brought down an underground adoption paperwork racket, in exchange for her early release. That choice led to her release and second chance on life and likely, love.

The Bold and the Beautiful Spoilers: Quinn Gets Her Revenge – Stops Brooke From Meddling In Her Marriage https://t.co/Vlyry4GSWF pic.twitter.com/zNhz5B0dNC

Quinn Forrester (Rena Sofer) told her son that all had been righted with the baby steal and conceal arc. Beth was back with her parents, Hope Logan (Annika Noelle) and Liam Spencer (Scott Clifton), and Reese was put away.

Wyatt often reacts with emotion when his mother involves herself in his personal life. However, she’s looking out for what she sees as his best interests. Included in that approach is the consistent opinion that Sally is all wrong for him.

Shauna Fulton (Denise Richards) is on-board with her longtime friend’s assessment of Wyatt’s options. She let him know that Flo was available at the guest house. He arrived exactly there in a subsequent scene.

Wyatt had his feelings hurt when Sally inexplicably called him by his brother’s name (Liam) while they were discussing potential wedding issues. Potential is a key word in the last sentence because Wally is far from certain to make it to the altar, or possibly, to survive at all.

Flo remains a powerful attraction, based on their history and the obvious connection they still share. So, Wyatt must make a decision, as both ladies deserve an answer, with neither one deserving to be strung along.