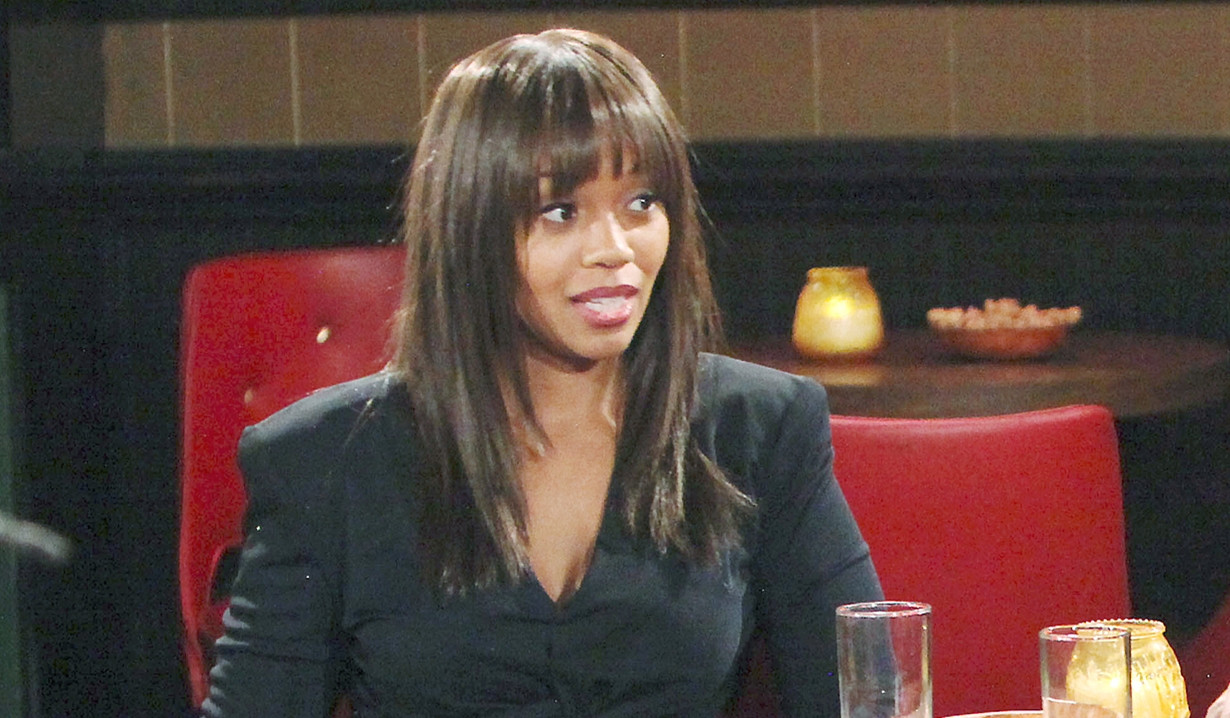 The Young and the Restless spoilers indicate that Amanda Sinclair (Mishael Morgan) will have to choose between three men.

Y&R fans have been confused about which direction the show’s headed when it comes to Amanda’s love life.

It seemed like they were tinkering with a romance with Devon Hamilton (Bryton James) because of Amanda’s resemblance to Hilary. However, Devon has a lot of anger towards Amanda because he blames her for causing him to lose his inheritance. Plus, it seems like the show is keeping Devon with his girlfriend Elena Dawson (Brytni Sarpy).

But who knows maybe down the line Devon’s feelings towards Amanda will change.

Amanda has been getting closer to Devon’s cousin Nate Hastings (Sean Dominic). When everyone else is tearing her down, Nate has come to Amanda’s defense. She even helped him save his medical license when the board tried to revoke it.

Nate and Amanda are a cute couple, and they’ve slowly garnered a fanbase. Their relationship would cause further chaos for Devon and Elena, who have been trying to get Amanda out of their lives. However, it appears the writers have cooled off on Amanda and Nate’s budding romance.

The Young and the Restless Spoilers: Will the Las Vegas Secret End Adam and Chelsea’s Reunion? https://t.co/JjGFcJY1xj pic.twitter.com/B2nzj8f8p0

Now, it looks like the main man in Amanda’s life at the moment is Billy Abbott (Jason Thompson). The two met at the dive bar and immediately hit it off. Billy’s going through a lot of issues at the moment as he comes to grips with his true self. With Amanda, he feels like he can be himself and not what everyone expects him to be.

Amanda has become Billy’s friend and confidante. She’s listened to him go on about his problems and offered advice on taking control of his life.

While the two have maintained they’re just friends, viewers are wondering if their friendship will turn into an affair. Billy’s keeping their friendship a secret, and he’s always sneaking away to see Amanda. Billy’s behavior is the type associated with someone who is having an affair.

Even though he and Amanda haven’t slept together, one has to wonder if it’s only a matter of time before she and Billy hit the sheets.

Amanda’s love life is a big mystery with viewers left guessing which man she’ll end up with. The story could go in any direction, so Y&R fans will have to wait and see who the show pairs her with.