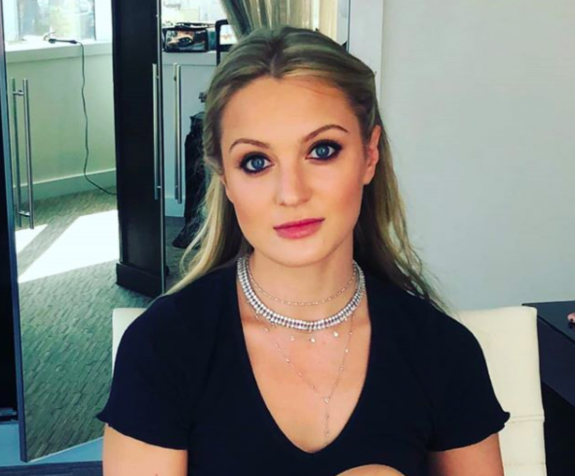 “The Young and the Restless” has, once again, added another member to its ever-growing family. It’s latest addition is Kirby Bliss Blanton, who’ll take on the role of the new Society employee called Lindsay. She’s set to make her debut on the show on January 29, 2020.

Blanton started her career in the entertainment industry through modeling and commercials. Her first acting role was in Nickelodeon’s “Unfabulous” in 2014. She appeared on “Zoey 101” and “Hannah Montana.” In 2007, she landed her first feature film called “Scar” and later on joined the cast of a comedy film titled “Project X.”

The Young and The Restless Spoilers: Y&R Winter Casting Calls

Blanton is one of the many others who will be joining the show. The sudser is currently looking to cast Caucasian twins or triplets who are about 4 months old to play the role of a newborn baby on the show.

For the week of January 20, fans can expect some scenes including Tessa Porter (Cait Fairbanks) and Tanner Watts (Chase Coleman). Some fans are unhappy that Tessa has gone offscreen. But they can rest easy knowing that she’s not leaving the show.

Viewers are aware that Tessa went on a tour with Tanner and the two may share some interesting story. For those who didn’t know, Coleman sang a song to get the role and that means fans can expect to hear him perform eventually.

Young And The Restless #YR Spoilers: Connor's Disturbing Power Trip – How Far Will He Manipulate Chelsea and Adam? @celebratesoaps https://t.co/EW5USTkKR7

Y&R Spoilers: The Young and The Restless For The Week Of January 20

Elsewhere, Billy Abbott (Jason Thompson) is all set to do something daring. Fans need to tune in to find out if it has something to do with Amanda Sinclair (Mishael Morgan). But could his move also lead to trouble?

Meanwhile, Adam Newman (Mark Grossman) and Chelsea Lawson (Melissa Claire Egan) will make their relationship known, which would surely the raise eyebrows of other residents in Genoa city.

Over with Kyle Abbott (Michael Mealor), he’ll open up about his problems with Theo Vanderway (Tyler Johnson) to Jack Abbott (Peter Bergman). Plus, he’s going on a business trip with Summer Newman (Hunter King). During the trip, Summer will put some boundaries between them. Will Kyle do something that he’ll surely regret? Will things become more complicated after the business trip?