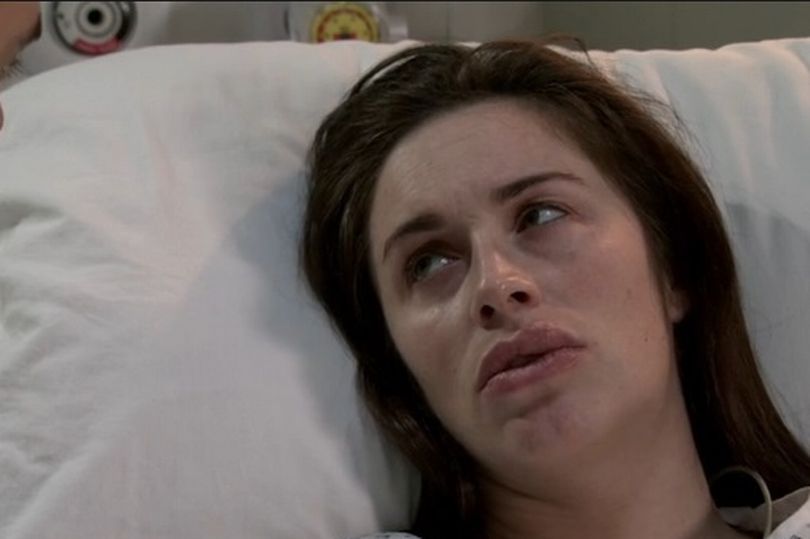 Viewers of “Coronation Street” won’t see Shona Ramsey for a while as leaves the show temporarily. The character’s portrayer Julia Goulding is on maternity leave since early in November and has given birth to her son Franklin Wolf Silver last month.

Prior to giving birth, the actress shared a photo of herself with Ben Silver. She said, “Thank you to the lovely couple in the park who took this picture for us: Taken as I was in early labor on my due date.”

“The next day Ben and I welcomed our baby son into the world. Franklin Wolf Silver born on 30/11/19,” she shared.

Scenes that are scheduled to air next week will kick off her exit storyline. Viewers know that Shona was left in a coma after getting shot during Derek Milligan’s (Craig Els) rampage on Christmas Day. She will regain her consciousness however, her husband David Platt (Jack P Shepherd) will be informed that his wife needs to be moved to a specialist rehabilitation hospital in Leeds.

David promises to visit Shona every day but he’ll first have to explain to Max (Harry McDermott) why he needs to stay a few days at his grandmother Marion Logan’s (Kerry Peers).

Plus, David is set to face another heartbreak once Shona wakes up from her coma. His wife won’t be able to recognize her. Doctors will reveal that Shona has serious memory issues and it could take a year before she shows signs of improvement.

In a previous interview, Shepherd opened up about the new challenge to David and Shona’s relationship.

“It really upsets him. He can’t understand how this can have happened when they only got married a few weeks ago. How can you forget that?” he said.

“The doctors start to say they’ve done all they can for Shona at this point and she needs more specialist help. David’s adamant he’ll be there every step of the way, he’s not giving up on her,” he continued.

“‘The David/Shona story is very big. The character of David can pretty much sustain any kind of story, whether it be comedy or tragedy, and this is probably slightly more towards the latter category,” he said.

He promised the story to be “very big” and will last not only in January but it’ll continue until next year.

“The events of Christmas will provide David and Shona with the biggest test of their relationship – and that’s not an exaggeration. If you consider what they have been through already, that is no small statement,” he added.