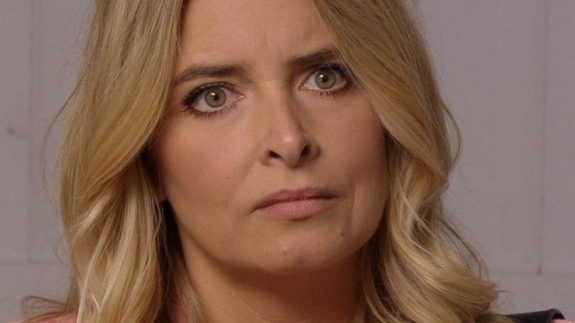 On Wednesday’s episode, Charity and Vanessa Woodfield (Michelle Hardwick) are planning on getting married in a surprise ceremony. However, Graham ends up calling Ryan Stocks (James Moore) and tells him to make the final transfer. He refuses, so Graham holds him hostage to prevent him from going to Kim Tate (Claire King).

Later, Charity will track down Ryan and goes into a rage over the events that took place. She goes after Graham and has an intense confrontation. He isn’t sorry and that just makes Charity even more furious. She vows to make Graham pay for what he has done.

Before the paternity reveal, fans were convinced that Graham was going to destroy Jamie and Andrea’s family by exposing he could be the father. However, it turned out that Graham was not the father of Millie Tate (Willow Bell). But that didn’t stop him from ripping apart the couple by revealing his one-night stand with Andrea.

It seems that Graham will continue trying to cause problems between Jamie and Andrea. It brings up the possibility that Andrea could end up killing Graham as she blames him for ruining her relationship.

Emmerdale spoilers reveal that Jamie hires a private investigator. Upon learning this, Andrea turns to the enemy for help. That might be a big mistake. On Thursday, expect Graham to observe Jamie and Andrea playing nice in public. So, he betrays Andrea and exposes her secret scheme to Jamie, who promises to make him pay.

With Graham’s murder coming up next week, it seems there are a lot of suspects. Which one of these characters is most likely to be guilty of murder? Is it Charity Dingle, Jamie Tate, Andrea Tate or will the killer be someone else? Fans will have to keep watching the British soap opera to see how this storyline ends.