The Bold and the Beautiful Spoilers: Eric in the Middle with Brooke and Quinn – Will It Destroy His Marriage? 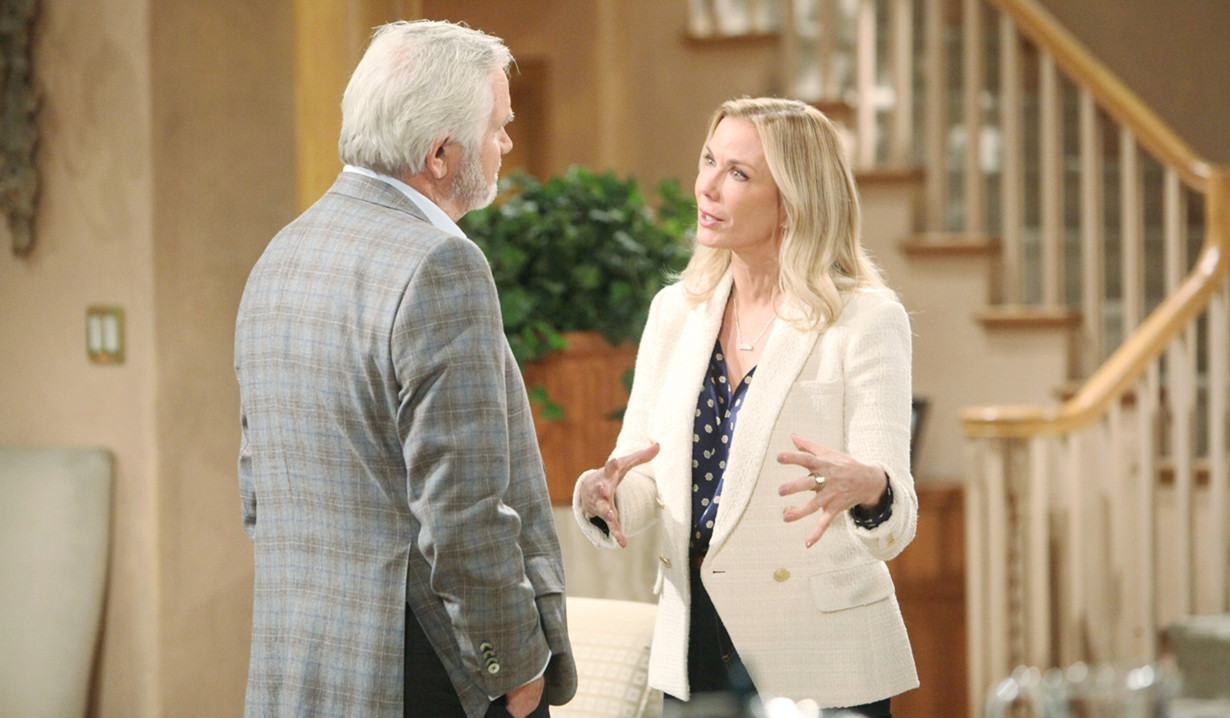 The Bold and the Beautiful spoilers reveal Eric Forrester (John McCook) is stuck in the middle. He is conflicted between Brooke Logan Forrester’s (Katherine Kelly Lang) desperation and supporting his wife, Quinn Forrester (Rena Sofer). They force him to pick a side, but could it end up destroying his marriage?

B&B spoilers indicate that Eric has some inner turmoil regarding the information he received about Shauna Fulton (Denise Richards). He knows that Ridge Forrester (Thorsten Kaye) and the Vegas vixen have become good friends.

However, Brooke let him know that the two were actually kissing and it threatened her marriage. This led to him wondering what he should do about the situation to please both Brooke and Quinn.

Brooke was ranting and raving so much that Eric was concerned. He offered to get her a glass of water and tried to calm her down. However, she wasn’t interested in calming down, she demanded that Eric do something about the situation.

In addition to Brooke ordering Eric to kick out Shauna, she also wants him to get rid of Quinn, the woman he’s married to.

Quinn Forrester Not Backing Down

The Bold and the Beautiful spoilers confirm that Quinn isn’t backing down from anyone, including Brooke. Eric has decided that Shauna needs to leave the Forrester estate. This already doesn’t sit well with Quinn. However, what really sets her off is hearing how Brooke wants Eric to kick her to the curb.

The Bold and the Beautiful Spoilers: Marital Destruction?

It seems that Eric is in a difficult position and there could be consequences no matter which side he takes. He has already given Brooke what she wants by kicking out Shauna. However, as the feud gets more intense, he will be given more demands by both Brooke and Quinn.

Could this feud and him being in the middle end up destroying his marriage? Fans will have to keep watching the CBS soap opera to see what happens next.