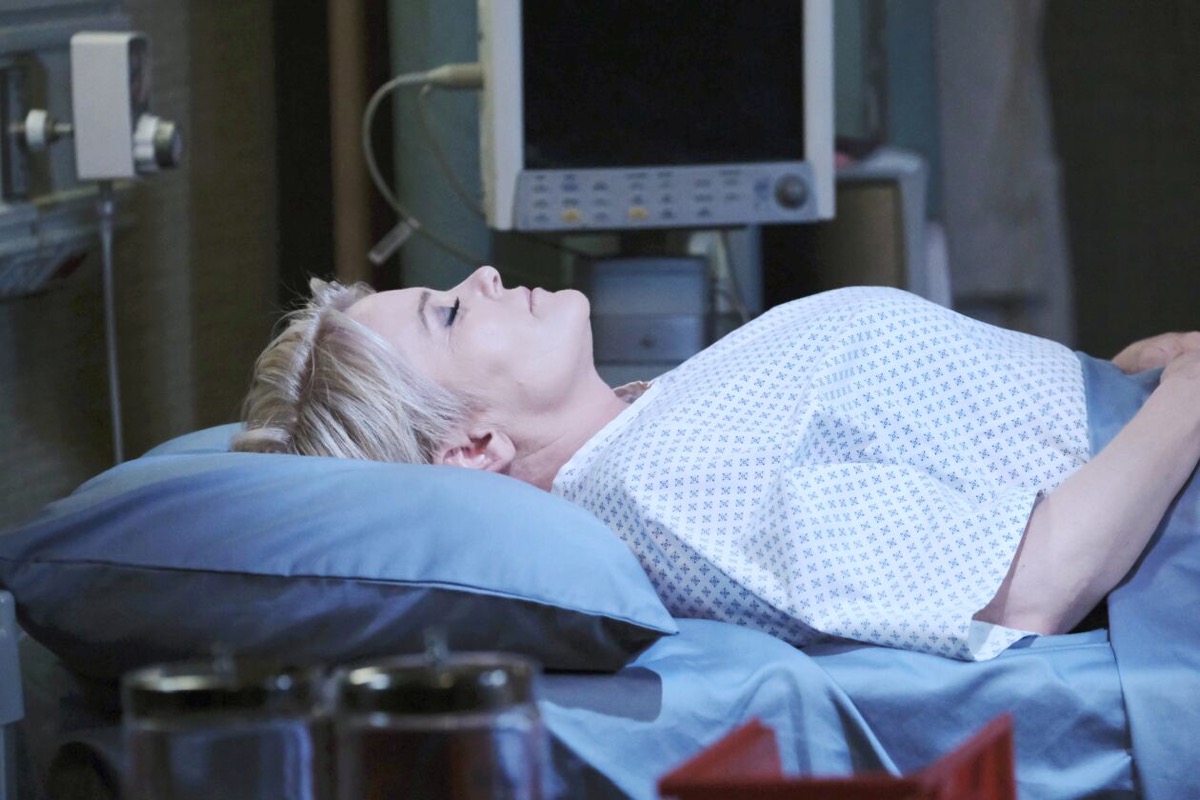 Days of Our Lives spoilers confirm we will see Adrienne Kiriakis’ (Judi Evans) death during flashback week. During an interview, the actress discussed the tear-jerking scenes and feeling devastated over her exit from the NBC soap opera.

Most of the time, actors are told that they are going to be written off of a soap opera. However, this didn’t happen with Evans. She actually heard about Adrienne’s death from overhearing chatter among the cast and crew.

She was shocked and worried, so she went straight to co-executive producer Albert Alarr to get the truth. That is when she was told that the death rumors were true. However, he wanted to explain the decision to her and why it had to be done.

During her interview with Soap Opera Digest, Evans admits being written off was devastating to her. After all, Adrienne has become a part of the actress after portraying her for so long — since 1986. However, after talking to Alarr, she understood the decision.

SUBSCRIBE NOW: Get Days Of Our Lives spoilers, news, and recaps in your email!

“It’s what they needed to do. It was a sacrifice for the show, a good sacrifice, and it truly makes sense. It’s a really good story point, and it gave Wally [Kurth, Justin Kiriakis] tons of material.”

Days of Our Lives spoilers reveal fans should be prepared for emotional scenes. It was even difficult for Evans to keep her composure as she lay perfectly still. She couldn’t move a muscle since her character was dead and it proved to be tough to keep from crying during filming.

Days Of Our Lives Spoilers: Kayla Found An Abnormality In Julie’s Pacemaker Test; If She Has To Have A New One, Does It Mean Gabi’s App Won’t Work On It? https://t.co/wl56LJoJ1w pic.twitter.com/vDNqtIiBsk

As fans may have heard, Adrienne dies from injuries sustained during a car crash. Her organs are donated and other characters say their emotional goodbyes.

It is also a plot that is interwoven into other storylines that feature Maggie Horton Kiriakis (Suzanne Rogers), Victor Kiriakis (John Aniston), Xander Cook (Paul Telfer) and Will Horton (Chandler Massey). We will see these scenes during flashback week, which kicks off on Monday, January 20.

Be sure to catch up on everything happening with DOOL right now. Come back here often for Days of Our Lives spoilers, news, updates, and rumors!