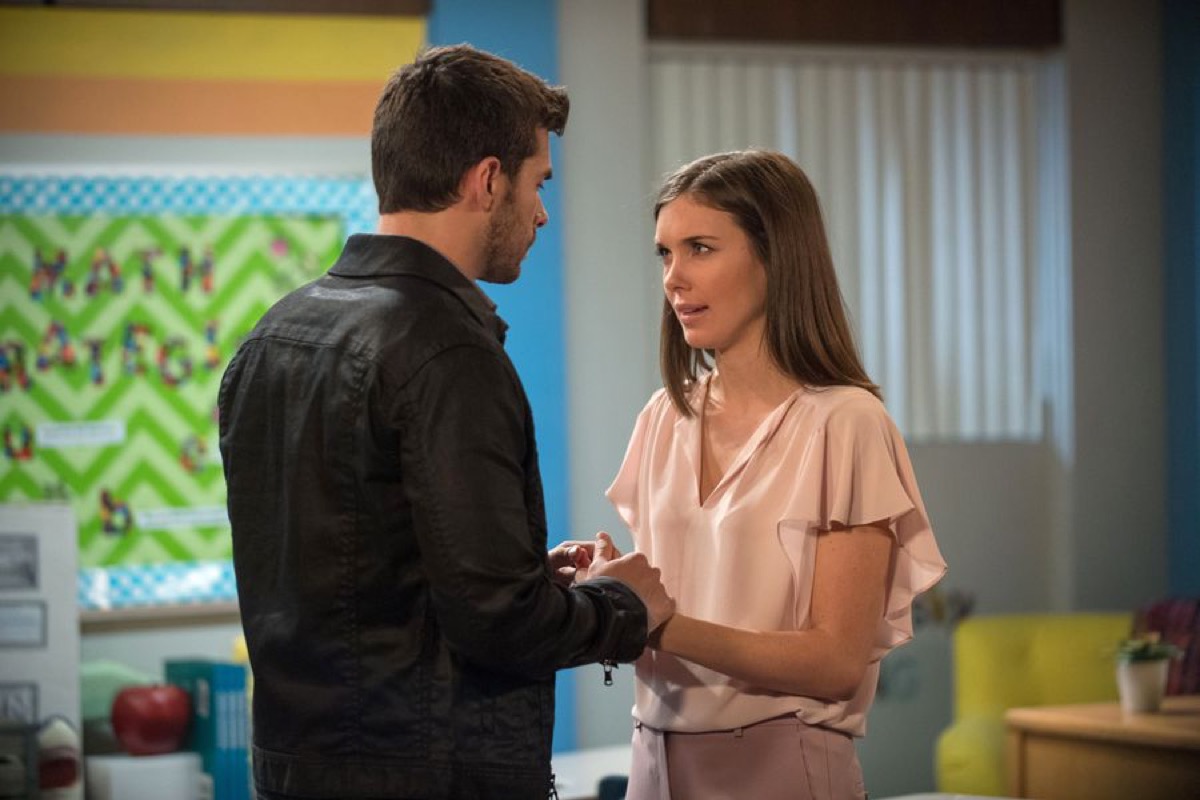 General Hospital Spoilers – Nelle Benson Thinks She Has Everything Figured Out!

Nelle thinks she has everything figured out since she has staked claim to Oscar Nero Quartermaine’s (Garren Lake Stitt) ELQ shares. He had two wills, where one said they would go to Shiloh and the other to the Mount Kilimanjaro Foundation, which he started so other young people like himself could realize their dream of climbing the world’s tallest mountain.

The Quartermaines had funded that while Oscar’s estate was in probate. As General Hospital viewers will recall, Nelle barged into the shareholders’ meeting where what to do with Oscar’s shares was going to be voted on, followed closely by her attorney Martin Gray (Michael E. Knight) who stated she has a valid claim. Once she gets her “living” straightened out, she then goes on to stake claim on Wiley, without even having to divulge his true identity, because Shiloh is dead – she just picks up the custody case where Shiloh left off! She thinks she will, anyway – and Martin will find some way to help her do it legally, perhaps with some gray areas, no pun intended!

General Hospital Spoilers: Nelle Faces Off With The Quartermaines

GH Spoilers – How Does Nelle Benson Think She Can Override A Legal Adoption?

Nelle will pester Willow for time with Wiley incessantly as she is taking care of him when Brad is visiting his husband Lucas Jones (Ryan Carnes) at the rehabilitation wing of Turning Woods, where he remains in a coma. She will stand her ground and tell her she has rights in the matter of at least visitation, whether she actually does or not! However, Attorney Martin Gray may find a precedent to be able to challenge the adoption and put the custody of Wiley in Nelle’s hands, although Willow is supposedly, and as far as anyone knows, the birth mother.

While there have been plenty of real-life cases where birth mothers came after children were adopted and were able to reclaim parental rights, the only way this could work for Nelle as only the widow of the supposed birth father would be to try and prove both Brad Cooper (Parry Shen) and Willow unfit parents! She’s already barged in on Brad and moved in with him, telling him it was only temporary, but it’s probably all part of her plan to have access to Wiley.

However, Michael Corinthos (Chad Duell), as his legal godfather, could assert his rights as well, and put a custody battle between him, Nelle, Brad, and Willow, since Lucas is in a coma and cannot speak for himself, let alone care for Wiley. However, Bobbie Spencer (Jacklyn Zeman) could legally get Lucas’ power of attorney and she could also become involved and fight against Nelle! She would, however, have to get it away from Brad before she could intervene! Nelle’s shenanigans will indeed cause a major problem for many people in Port Charles!