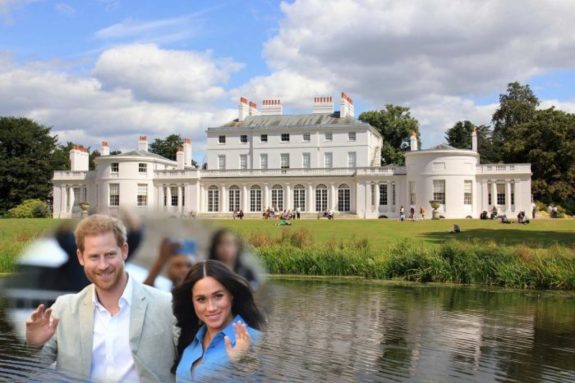 The latest Royals news reveals Frogmore Cottage is being shuttered. Prince Harry and Meghan Markle’s home status is causing speculation that the couple do not plan to spend that much time in the UK. Key live-in staff has also been reassigned. Keep reading to find out the details.

According to the Daily Mail, the house manager and a cleaner will be relocated and reassigned to other duties in the Royal household. As for the other staff members, including chefs, maids and footmen have been given their pink slips according to one report.

However, another source stated that no staff members were let go. The tipster explained that during slow periods, it is routine for staff to be assigned to other areas.

The fact that Harry and Meghan’s home is being shuttered and staff has been reassigned is leading the public to speculate. One theory is that the couple might not plan to spend that much time in the UK.

Previously, it was stated that the Duke and Duchess of Sussex would split their time between Canada and the UK. However, will they actually be living the majority of the year in North America?

On their new website, the royal couple stated that Frogmore Cottage would be used as their main residence in the UK. They cited the reason as giving their family a home base whenever they are in the country.

Will Prince Harry and Meghan Markle's son Archie Harrison Have A Better Childhood In Canada Than The U.K.? @celebratesoaps #PrinceHarry #MeghanMarklehttps://t.co/COt9C0YCUj

It is possible that it is only being shuttered for the time being due to the couple spending an extended period of time in Canada right now. When they return to the UK later this year, then the cottage could be reopened and key live-in staff would return to their original duties.

While Harry is dealing with the fallout in the UK, Meghan has already returned to Canada with their 8-month-old son, Archie. Their two dogs are also with Meghan on Vancouver Island.

Meanwhile, the Royal Family and senior officials are trying to create the transition process that will support this radical new change. Major points have been discussed, but there are many finer details that still need to be worked out.

Be sure to catch up on everything happening with Prince Harry and Meghan Markle right now. Come back here often for Royals news, updates and rumors!