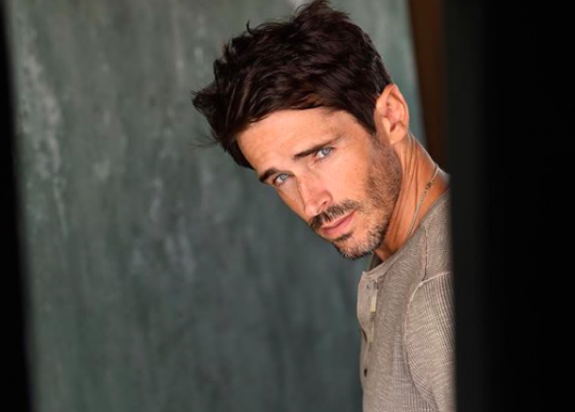 Brandon Beemer revealed that he’s returning to “Days of Our Lives” on January 27. He hinted that his character will be kept busy upon his return. The actor said his character, Shawn Brady, is returning to Salem because “something just isn’t right.” Fans have to tune in to find out what he’s up to once he returns.

It’s been previously reported that Beemer taped his scenes back in October 2019 for his return during the week of January 27, 2020. It seems like he’ll help Rafe Hernandez (Galen Gering) figure out what’s wrong with his mother Hope Brady (Kristian Alfonso).

Rafe has been growing more suspicious of “Hope Brady” aka Princess Gina Von Amberg’s (Kristian Alfonso) bizaare behaviour. Princess Gina imitated Hope almost perfectly. But viewers know that Rafe and Hope were married once and that means he knows when there’s something wrong with his ex-wife. Rafe isn’t the only one who noticed some changes in Hope’s behaviour. Abigail DiMera (Kate Mansi) was also perplexed of Hope’s weird behaviour.

Days Of Our Lives Spoilers: Princess Gina’s Plan At Risk

Unfortunately, Princess Gina’s luck will run out at some point. Her cover will soon be blown once Shawn Brady returns to Salem. Being her son, Shawn will surely pick up if something’s off with his mother. Rafe is the one who will summon Shawn back to Salem because of his suspicions.

Since he’s been away for some time, he can use that to his advantage. Unlike the other residents who seems to have gotten used to Hope’s unusual behaviour, Shawn will be able to pin point of Hope’s not acting like the way she should. Additionally, Shawn knows Princess Gina and a simple slip up could ruin all her plans.

Days Of Our Lives Spoilers: Did Summer Townsend Drive Maggie To Drink And Cause Adrienne’s Death? https://t.co/Ycd2ql6YtJ pic.twitter.com/0Wo1xVecGs

He was also part of the cast of “Dirty Soap” and appeared on the short horror film, “BloodMoon.” His other acting credits include “Bering Sea Beast,” “The Stafford Project,” and “Fear Clinic.”

Be sure to tune in to catch up on everything happening with DOOL spoilers right now. Come back here often for Days of Our Lives spoilers, news, updates and rumors!