General Hospital Spoilers: Oscar’s Second Will Still An Issue- Will The Fighting Ever End? 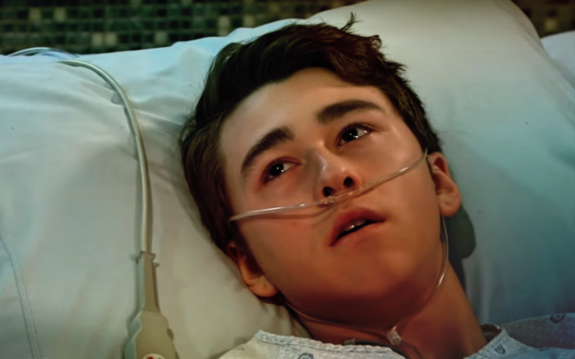 Ever since General Hospital’s Oscar Nero’s (Garren Stitt) death, we have heard about his two wills. However, in most states, the change in the second will would supersede the first one. So why are we still fighting over a will months later? When will the will story end? Who will end up with the stock?

First of all, General Hospital’s Oscar did not sue to ba an emancipated minor, he sued for the right to make medical decisions. Since Oscar was not emancipated, Oscar would not have had control over his ELQ stock, his parents would have had the control. Oscar was a minor he could not legally make these types of decisions so Oscar could not will the shares to anyone.

The shares should have reverted back to ELQ in the first place, no one should have gotten them in a will, not even the foundation because of how the ELQ bylaws have always been set up. The money generated from the stock could have gone to the foundation but not the stock themselves. As a minor, Oscar would have not had control over his stock. Drew Cain (Billy Miller) would have been in control of them. Oscar would not have been allowed to vote either. Oscar would have not gotten control until he was older just like every other minor who came into ELQ stock. The right to make medical decisions does not make one an adult, emancipation does.

Considering that General Hospital is set in New York, the knowledge that New York does not recognize most holographic will would be helpful. If either of Oscar’s wills would be valid, it would be the one typed up by his lawyer. Oscar is was not a member of the military and was not in combat. What Oscar should have done is to draft that will and have Alexis to type it up as a codicil or a correction to his original will. At the very least he would have needed two witnesses to validate that will to come close to making it legal. So why are we still having drama over a will that shouldn’t have been valid in the first place?

A simple fix to General Hospital’s ELQ problems would have been to simply pull the court papers where Oscar was allowed to make his own decisions. If Oscar wasn’t fully emancipated, there is no way either will would be valid. It is unfathomable that a 16-year-old child could make a will causing this much drama for a major corporation. Oscar’s shares have been beaten to death for months now. Invalidate the original will and get this over with already.