‘The Bold And The Beautiful’ Spoilers: Sally’s Crisis Creates Bind For Wyatt – Wally Hard To Leave 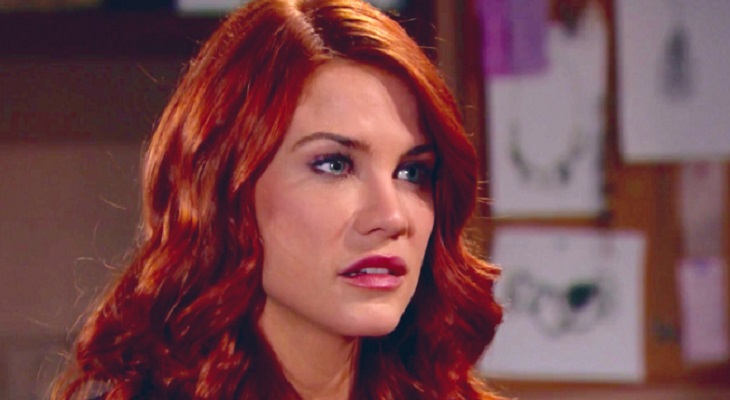 The Bold and the Beautiful spoilers tease that Sally Spectra (Courtney Hope) may be facing a health crisis. Recent buzz indicates that B&B could be writing Hope’s character into a dilemma that will dramatically impact her character and therefore, Wyatt Spencer (Darin Brooks).

Flo Fulton’s (Katrina Bowden) charisma and personal history with Wyatt proved too powerful for him to resist. So, he decided to end Wally.

Heading to Forrester Creations, Wyatt wanted to have a heart to heart with a woman he’s come to care about. Beyond Sally’s natural sorrow over the proposed breakup, near-term events may well overshadow Wyatt’s decision.

The Bold and the Beautiful Comings and Goings: Bill Spencer Is Without His Right-Hand Man – Aaron D. Spears Exits

Bold And The Beautiful Spoilers – Calling Out Liam Spencer’s Name

Wyatt returned to Sally last year after previously splitting with her. He did that because Flo was revealed as being involved with the Beth Spencer (Madeline Valdez and River Davidson) arc.

She’d gone along with Reese Buckingham’s (Wayne Brady) scheme to tell Hope Logan (Annika Noelle) and Liam Spencer (Scott Clifton) that their baby died during childbirth so she could be sold for a quarter million dollars in order to satisfy gambling debts. That’s a soapy premise, but it was brilliantly written, presented, and acted, so it scored with the audience.

As for Beth’s father, Liam, he’s someone who Sally was smitten with approximately two years ago. Apparently he’s remained in her subconscious, as she used his name, instead of Wyatt’s, when they were discussing their wedding plans. That proved to be the penultimate reason why Wyatt decided to break with Sally again. An impending crisis would change that dynamic.

It wasn’t that Wyatt stopped loving Flo. Instead, it was what she did and the fact that she never sought his help to reverse the wrong that happened.

Flo was caught in a bad situation, as her mother, Shauna Fulton (Denise Richards) has repeatedly said. Thankfully, Flo was able to assist the authorities, received immunity, and was released from jail.

But it was Flo’s heartfelt donation of a kidney, which saved Katie Logan’s (Heather Tom) life, that deeply moved Wyatt. He began reconsidering Flo and their potential life together at that point, most recently reconciling with her after Katie reconsidered her past words and called for family healing with the new member of the Logan family.

Sally is a good soul. Yes, she’s had her moments. But in more recent months, Sally has been trying to live a good life and support the man she thought would become her husband.

Here’s hoping that B&B isn’t on the way to writing Hope out of the show. She’s a great actor who also adds a needed touch of light-hearted flair to many of the storylines she’s been part of.