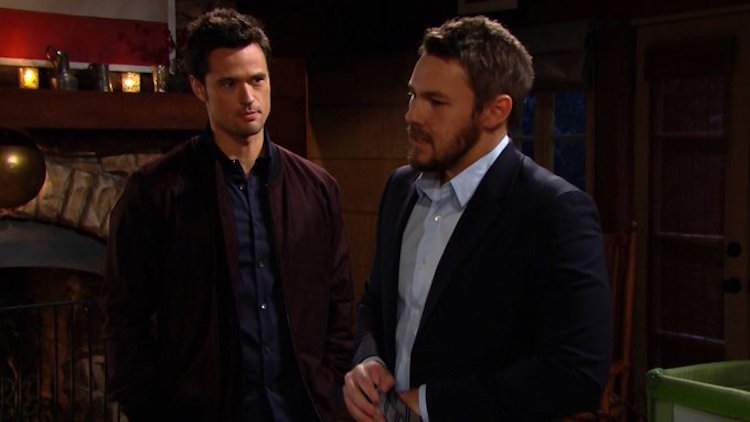 The Bold and The Beautiful spoilers tease that Thomas Forrester (Matthew Atkinson) will hit payday with Hope Logan (Annika Noelle) when she allows him to comfort her over the loss of Liam Spencer (Scott Clifton) in an upcoming episode of The Bold And The Beautiful!

Liam dumped Hope and went back to Thomas’ sister Steffy Forrester (Jacqueline Macinnes Wood) – or so Thomas will spin it. As viewers of The Bold and The Beautiful will recall from previous episodes, Liam had given an ultimatum to Hope as part of proposing marriage to her, and that was that she had to end her arrangement with Thomas to co-parent his son Douglas Forrester (Henry Joseph Samiri) and also fire him as the designer for her clothing line, “Hope For The Future”.

Today on #BoldandBeautiful, Thomas secretly tails Hope as she goes to Steffy’s to find Liam. pic.twitter.com/fwi4DqLJqK

Hope couldn’t accept that kind of an ultimatum, especially not the part about Douglas, and when she told Liam this, he stormed out of their cottage and wound up sleeping on Steffy’s couch all night; and then when Hope went looking for him and got a tip about him being at Steffy’s, she arrived just in time, with a little help from Thomas calling Steffy to give her a heads-up that Hope was on her way, to see Steffy and Liam in what appeared to be a passionate kiss out in Steffy’s back yard! This set the stage for Steffy to reclaim Liam as hers and Thomas to reclaim Hope as his!

It won’t be surprising to anyone that Hope may come into Forrester Creations and have a hard time focusing on her work, and Thomas will pick up on it. He will reach out to her as a friend, and encourage her to talk to him about what is troubling her (as if he didn’t know)! He will pick just the right time to approach her with his strong shoulder to lean on, just the right time when her defenses are down, just the right time when she needs a hug, and that is when he will pounce! Zoe Buckingham (Kiara Barnes) will be in the other side working with Steffy and Sally Spectra ll (Courtney Hope) and she won’t know anything about this tryst going on.

In fact, Sally may have Zoe’s shoulder occupied to cry on with Liam’s brother Wyatt Spencer (Darin Brooks) having broken up with her, as other The Bold and The Beautiful spoilers tease – so there will be no one around the “Hope For The Future” designing area except Thomas and Hope, and as Hope cries on Thomas’ shoulder, somehow he will manage to get Hope wanting revenge on Liam enough for their encounter to heat up and whether this turns out to be comfort sex or revenge sex on Hope’s part, it WILL happen, and Thomas will have Hope right where he wants her! For him, this is the perfect outcome; but will she regret her actions in days to come?