EastEnders Spoilers: Are Ben and Callum Victims of The Fatal Boat Trip? 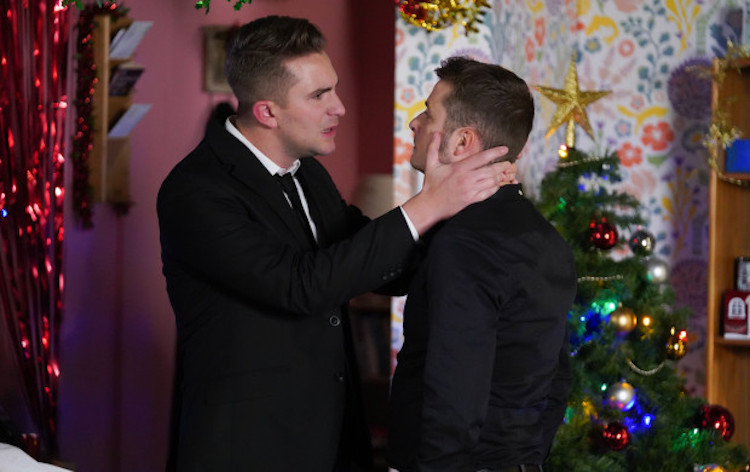 In recent days, there has been much talk about Mick and Linda celebrating their win on the Pub of the Year contest with a luxury boat trip on the Thames.

Much excitement has been building about Mick and Linda sharing a luxurious boat trip with their patrons after they win the Pub of the Year contest. Spoilers have revealed that during the 35th anniversary series of EastEnders episodes, a major character in the soap is set to die in the River Thames. Speculation is rife as to who could be the victim, and one spoiler points at the possibility of Ben Mitchell (Max Bowden) and his true love Callum Highway (Tony Clay) being victims in the incident.

Over the Christmas holidays, Ben Mitchell dumped his boyfriend, Callum Highway in order to protect him, which led to EastEnders fans feeling heartbroken. However, as Callum came back to the Square earlier in the week and he and Ben reunited, everyone was thrilled. However, it looks like there could be more problems affecting their relationship.

Towards the end of last year, Callum admitted his love for Ben, but Ben wanted to keep Callum out of danger. However, it looks like Callum (and possibly Ben too) could now be in even more danger.

When Callum returned to the Square, Ben was surprised, but was quick to admit he had missed Callum. They slept together, but matters aren’t completely resolved, as Ben has not been able to explain why he had broken up with Callum. The recent episode showed Callum trying to move on from Ben, as he does on a date. However, when Callum met Simon (Paul Sloss), it was clear he wasn’t ready to move on, so he left his date.

Ben and Callum could end up dead

Max Bowden recently spoke to Digital Spy, hinting that Ben and Callum’s romance was doomed. But he also hinted that the pair could end up dead, saying there was a devastating twist in store for the couple.

Photos of Max on the 35th anniversary boat party set have been doing the rounds on social media, which makes it look like his character is involved. As we already know as least one person is set to die during the party, fans are asking Callum could be the one that ends up in the water and possibly Ben dies trying to save him.

Continue watching EastEnders on BBC One on Monday at 8 pm to keep up with the latest.