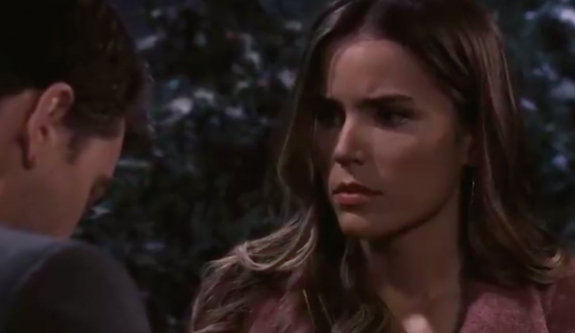 GH Spoilers: Jason Morgan And Sonny Corinthos Are Under Attack

Mike flirts with the waitress at the bar. Sonny shows Jason where Mike used to sit all the time. Sonny and Jason talk about the chances of something happening at the diner. Sonny says this is Mike’s last chance. Jason tells Sonny it is a good thing they called the meeting so his presence isn’t misunderstood. Mike joins them as they talk. Mike goes back and talks to the waitress as Sonny and Jason discuss business. Sonny hopes they have a good looking nurse at the clinic.

Jason talks about Alan Quartermaine (Stuart Damon) and how he couldn’t overcome his issues with him. Jason wishes he could have given Alan a tenth of what Sonny has given Mike. Jason can never make that right again. Jason says Sonny is a good son and has given his father everything he has. Mike talks about taking his son out for ice cream. Sonny asks if Mike is bothering the waitress. Mike is a real charmer. Sonny tells Mike they need to go. Mike says goodbye to his friend and they start to leave. Jason sees a guy with a gun and yells get down.

General Hospital’s Michael Corinthos (Chad Duell) and Jocelyn Jacks (Eden McCoy) meet on the pier. Michael tells Jocelyn he’s moving Nelle Benson (Chloe Lanier) into the Quartermaine’s. Jocelyn tells Michael that Nelle will kill him if she gets that chance. Jocelyn tells Michael he cannot die. Michael explains that he had to protect Wiley Cooper Jones (Theo and Erik Olson) from Nelle.

Jocelyn suggests taking Wiley from Brad. Jocelyn suggests having Willow revoke the adoption. Michael explains it doesn’t work that way they have to support Brad because they have no other choice. Jocelyn asks Michael what Lucas Jones (Ryan Carnes) would want him to do. Laura Webber (Genie Frances) interrupts and wants to talk waterfront renovations.

Laura gives Michael her vision for the waterfront. Michael believes they need to limit the piers they touch. Laura doesn’t believe the other piers would be safe without renovating all of them. Sasha joins Michael on the pier and accepts his offer to move in. Jocelyn spies a gunman and warns Michael to get down. Laura is shot as she moves on the pier.

General Hospital’s Carly Corinthos (Laura Wright) and Nelle argue at the Metrocourt. Sasha Gilmore (Sofia Mattson) and Willow Tait (Katelyn MacMullen) discuss Nelle and Brad Cooper (Parry Shen). Nelle says Michael still cares about her. Carly tells Nelle she is going to drive herself back to Pentonville. Willow tells Sasha she’s not ok with Brad raising her son on his own.

Nelle isn’t going back to Pentonville. Carly tells Nelle she will put herself back in Pentonville. Carly tells Nelle the Quartermaine’s are going to treat her like the trash she is. Nelle remembers how smug Carly was. Nelle got herself out on her own. Carly tells Nelle she had help, Shiloh Archer (Coby Ryan McLaughlin) and Ryan Chamberlain (Jon Lindstrom). Carly goes to get paperwork before she and Gladys Corbin (Bonnie Burroughs) leave. Nelle goads Willow before she leaves the Metrocourt. Carly beings papers to the warehouse. Gladys starts to look around.

Nina blames herself for Charlotte being upset. Jax has dinner sent upstairs for himself and Nina. Nina questions what they are toasting. Jax believes Nina needs a tour of the good side of life. Nina says Jax is arrogant and it’s a good thing he’s cute. Nina and Jax toast to moving forward. Jax asks Nina to dance, she agrees. Nina asks if there is anything Jax can’t do. Nina likes the fun side of the island. Jax kisses Nina.

General Hospital’s Nikolas Cassadine (Marcus Coloma) and Ava Jerome (Maura West) discuss Spencer Cassadine’s (Nicholas Bechtel) reaction to him. Nikolas talks about how he grew up knowing to put the Cassadines first. Ava says she never learned not to put herself before her child. If Ava had put her daughter first she might still be alive. Nik claims to be sorry for Ava’s loss. Nik admits he went too far with using Ava’s loss to get her to do what he wants. Nik agrees that he at least has a chance with his son. Nik is sorry that Ava can never have another chance with hers.

General Hospital’s Valentin is waiting for his arraignment to begin. Martin Grey (Michael E. Knight) has asked for a dismissal of some charges. Laura claims to be the voice of reason. Valentin tells Laura she should want Charlotte to be happy. The judge drops the attempted murder charge and grants bail. Lulu is very disappointed. Valentin asks about Charlotte and Lulu threatens to file a restraining order. Valentin tells Lulu he won’t settle for her poisoning Charlotte against him. Martin has to go to court over the ELQ shares. Nelle doesn’t know Valentin is working for him.