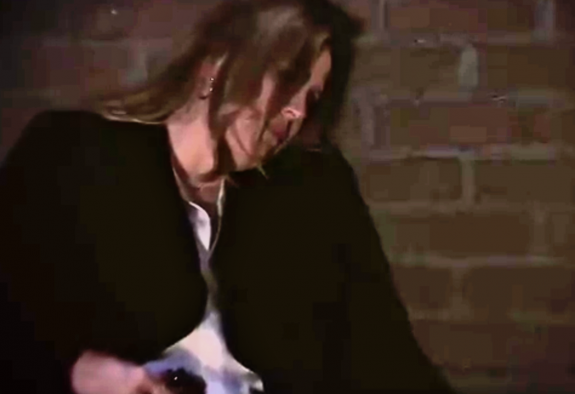 General Hospital (GH) spoilers for Wednesday, January 22, tease that some shocking moments are on the way. Before we dive in, we should note that Tuesday’s episode was pushed to Wednesday due to impeachment trial coverage. Just keep that schedule change in mind!

Now let’s get to all Wednesday’s action. The show will kick off with a preview of three scary shootouts – one down by the docks, one at Sonny Corinthos’ (Maurice Benard) warehouse and one at a little café in New York City. Gunfire will erupt at all three locations and leave several characters running for cover.

Next, GH will take us back in time – exactly two hours earlier to be precise. General Hospital spoilers say Valentin Cassadine (James Patrick Stuart) will get out on bail. The attempted murder charge will be dropped since Ava Jerome (Maura West) had no witnesses. A smug Valentin will tell Lulu Spencer (Emme Rylan) that he can still see Charlotte Cassadine (Scarlett Fernandez), but she’ll have other plans.

Lulu will announce that she’s getting a restraining order on Valentin. She’ll make her stance clear while Nina Reeves (Cynthia Watros) gets swept off her feet by Jasper “Jax” Jacks (Ingo Rademacher). They’ll enjoy a lovely lunch at Crimson, which will end with a slow dance and a kiss.

Back with Valentin, he’ll talk to Martin Gray (Michael E. Knight) about Nelle Benson Archer (Chloe Lanier). Valentin will get confirmation that Nelle has no idea Martin’s actually working for him, not her. Speaking of Nelle, she’ll face Carly Corinthos’ (Laura Wright) fury on Wednesday. Carly will want Nelle to keep Jonah Corinthos’ name out of her mouth or else!

Over with Willow Tait (Katelyn MacMullen), she’ll open up to Sasha Gilmore (Sofia Mattsson) about this tricky Brad Cooper (Parry Shen) situation. Willow will point out that Lucas Jones (Ryan Carnes) was the clear winner in the dad department. Brad’s a mess, especially now that he’s letting Nelle get too close. Willow won’t know how she’s supposed to be OK with this arrangement if Lucas doesn’t awaken.

Afterward, Willow will clash with Nelle briefly. After Nelle needles Willow about giving up her baby, Willow will insist she’s sorry about Michael Corinthos’ (Chad Duell) loss, but she’s increasingly grateful that Nelle isn’t a mother. On the docks, Michael will give Josslyn Jacks (Eden McCoy) updates on Nelle’s Quartermaine mansion move-in. Naturally, that’ll leave Josslyn with plenty of concerns.

Josslyn will contend that if Lucas doesn’t wake up, Michael should convince Willow to revoke the adoption and take back “Wiley.” Later, Sasha will arrive and admit she’s changed her mind. She’ll agree to move in with Michael after all. Next, Laura Collins (Genie Francis) will make it down to the docks as well. She’ll discuss pier renovations with Michael, and Joss will get ready to leave.

Once Josslyn realizes she forgot her journal, she’ll return and bend down to pick it up. That’s when Joss will see a gunman and shout out a warning. Michael, Sasha and Laura will duck out of the way along with nearby Josslyn. Unfortunately, Laura will end up moving behind another crate and take a bullet in the process. She’ll be in pain as she falls to the ground wounded.

At the warehouse, Carly will be there with Gladys and a worker when a different gunman takes aim. Gladys will rush into another room with the worker while Carly’s left to fend for herself. Bullets will fly like crazy as Carly tries to save her own life.

General Hospital Spoilers: Spencer And Nikolas Reunite- Will It Be Positive? https://t.co/hOG53ZCESF pic.twitter.com/G2hGFLRksx

In New York City, Jason Morgan (Steve Burton) will speak with Sonny about a big meeting of the mob families. Sonny will insist it has to go without incident. Nearby, Mike Corbin (Max Gail) will chat up a suspicious barista.

Jason will also talk to Sonny about his past with Alan Quartermaine (Stuart Damon) and how he pushed him away before his death. He’ll think it’s good that Sonny’s been willing to establish this bond with Mike. Soon after, Jason will spot a man with a gun before gunfire breaks out there, too. If you’ve been waiting to see Jason leap into action mode again, here’s your chance!

On a plane, Ava Jerome (Maura West) will understand why Nikolas Cassadine (Marcus Coloma) is upset over Spencer Cassadine’s (Nicolas Bectel) rejection. However, Ava will want Nik to suck it up and focus on their deal. They’ll establish that Ava won’t be making love to Nik. As part of Nikolas’ terms, Ava will have to be faithful. Nik won’t want anyone thinking he’s weak due to his wife cheating.