Royal Press Was Prince Harry’s Enemy, But Also Protected Him 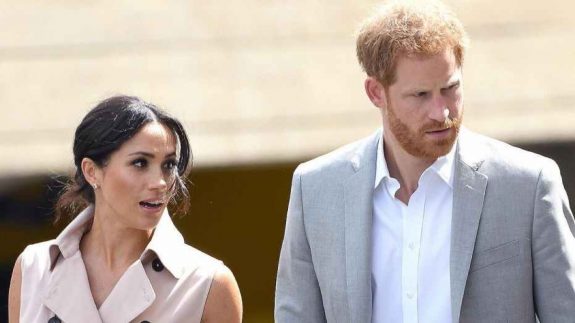 For years, the Royal Press was considered Prince Harry’s enemy. Reporting on every bit of juicy gossip that could be found, it started rumors and speculations about the young man’s life. However, one magazine explained that at the same time, the Royal press also protected the Duke of Sussex. Keep reading to find out more.

No Longer Participating in the Royal Rota System

According to an article published by Town & Country magazine, Prince Harry and Meghan Markle’s drastic decision to step down will force many changes. One that hasn’t been heavily discussed is their relationship with the media.

This was addressed on the couple’s new website, in which it is stated they will no longer participate in the Royal Rota system. Basically, it is the “core of correspondents” who have the privilege of covering official occasions and events.

Revised Approach to the Media

The purpose of the media is to report news, provide commentary and keep the public updated on everything happening with the Royals. Planning to ditch the media system that currently obsesses over their lives, they have a revised approach.

Even though the article teases that the Royal Press was Prince Harry’s enemy, it seems that more negativity was thrown on his wife, Meghan Markle. In fact, she is currently suing one newspaper for publishing a letter she sent to her father. It is reported that Thomas Markle could testify, but it won’t be to support his daughter. The estranged dad still sides with the publication.

This isn’t to say that Harry has golden experiences with the press. He has dealt with reports of royal rift rumors that involve his brother, Prince William. Plus, the “Megxit” ordeal has given the media freedom to speculate and most of the time, it’s not in support of the royal couple.

One excellent point that was brought up was the fact that while the media could be considered an enemy, they also protected the Duke and Duchess of Sussex. Media outlets in the UK, particularly ones that are “Crown approved” have to be careful what they report and how it is reported.

When Harry and Meghan move to North America, they won’t have that protection anymore. Media outlets do have to follow a certain moral code when it comes to reporting the news, but journalists actually have a lot of freedom as long as they follow certain rules (citing a source, even if it’s anonymous or publishing a piece under Op/Ed are a few examples).

Will Prince Harry Ever Return To The Royal Family? https://t.co/cSRtysJZzS pic.twitter.com/AXKth88YWD

Richard Palmer, Royal correspondent at the Daily Express, and a member of the Royal Rota opened up about Harry and Meghan’s new stance on the media.

“I was disappointed by their crashing snobbery in their condemnation of certain newspapers and mentions of ones they do want to deal with… [singling out publications they will deal with is] disrespectful to the many middle class and working-class people who don’t buy the posh papers and magazines.”

Do you think Harry and Meghan realize that independence comes at a price? Are they prepared to give up their protection? Do they realize what they are stepping into and how it could change their lives, both positively and negatively?

Be sure to catch up on everything happening with Prince Harry right now. Come back here often for Royals news, updates and rumors!