Days of Our Lives Spoilers: Judi Evans & Thia Megia Bow Out From DOOL 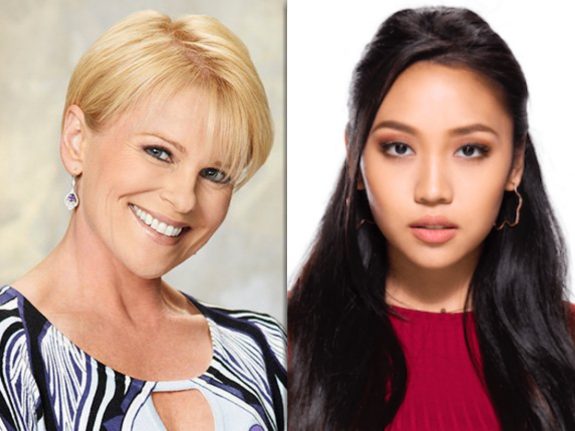 Fans of “Days of our Lives” will bid farewell to two characters on the show, Adrienne Kiriakis and Haley Chen. The portrayers, Judi Evans and Thia Megia, respectively, are wrapping up their stint on the sudser this week.

The mystery surrounding Adrienne’s death following the show’s historic time jump will finally be revealed on the week of January 20. This means Evans will wrap up her onscreen run during that time. In an interview with Soap Opera Digest, Evans opens up about her unexpected departure.

Evans shared that the news of her character’s death took her by surprise. She first heard rumors about Adrienne’s demise from a couple of crews from the set. Eventually, she managed to squeeze out the truth from Co-Executive Producer Albert Alarr, who confirmed that her character will be killed off.

She’s been with the show for a long time and the thought that the show would kill off her character never crossed her mind. She eventually forced herself to accept the sudser’s decision. But she also admitted that she’ll find it difficult to find another role since not much is offered for women of her age these days.

Days of Our Lives Spoilers: Xander Tries to Save Mickey Without Exposing Baby Swap – Asks Brady To Get Tested #Days #DOOL #DaysofOurLives https://t.co/lKqJXPxiOa

Days Of Our Lives Spoilers: Thia Megia Bows Out Of DOOL

The upcoming episodes will also explain how Thia Megia’s character, Haley Chen died and this will be the last time her fans will see her on the show, at least for now.

Viewers have known for some time now that Haley was killed by Kristen DiMera (Stacy Haiduk). Spoilers hint that Kristen will be emotionally unstable after finding out that her baby has died. Later on, she’ll physically struggle with Haley and she’ll shove the latter down a flight of stairs at the hospital, which could have led to her death.

Abigail DiMera (Kate Mansi) and JJ Deveraux (Casey Moss) will find Haley’s lifeless body at the bottom of the stairs. The upcoming scenes will show Kristen looking horrified after seeing what happened to Haley, which means it wasn’t intentional. After the terrible accident, she’ll be seen in her hospital bed, crying her heart out and completely devastated. And don’t forget to check back here regularly for all your Days of Our Lives news, information and spoilers!