General Hospital Spoilers: Double Agent Taggert? Working On Both Sides Of The Law 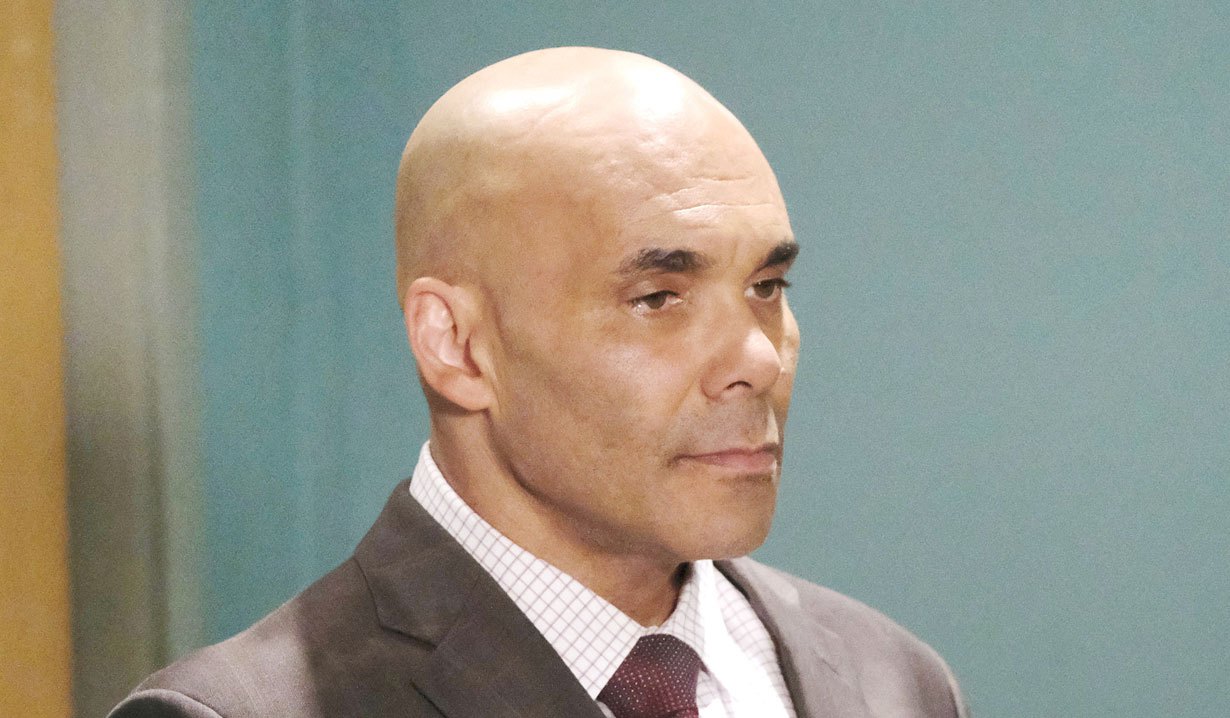 General Hospital (GH) spoilers tease that there is more to Marcus Taggert’s (Real Andrews) return than meets the eye. He certainly did come back because Jordan Ashford (Brianna Nicole Henry) asked for his help, most likely regarding the Bob Masicotte situation. Masicotte was a former colleague of Jordan’s and presumable Taggert’s too. His death by overdose didn’t sit well with Jordan, so she asked Taggert to help.

But Taggert’s first stop in Port Charles was to Turning Woods, where he showed up to visit Mike Corbin (Max Gail). Sonny Corinthos (Maurice Bernard) and Taggert has a heated conversation and Taggert knew an awful lot about Sonny’s current situation. He knew that someone targeted one of Sonny’s coffee trucks. When Sonny’s asked him about it, Taggert just said he had friends that let him know when something like that happens.

Who are these friends?

Could Taggert be working with Sonny’s enemies to take him down. Is he working both sides of the law, or could he be undercover? Taggert and Sonny have never gotten along and Taggert has always tried to take Sonny down. Perhaps everything is connected. Maybe Bob Masicotte’s death has something to do with Sonny’s new enemies? No matter what, it looks like Taggert is going to continue to be a thorn in Sonny’s side.

If Taggert is engaging in criminal activities, Jordan won’t be happy. Little is known about just how close Jordan and Taggert were in the past, but it very well could have been romantic. It seems like Taggert is going to be very busy during his time in Port Charles?

Is Taggert here strictly to help Jordan with the Bob Masicotte situation? Or is he also working with Sonny’s enemies to take the mobster down once and for all. Just how close were Jordan and Taggert anyway? Only time will tell, so stay tuned to General Hospital airing weekdays on ABC. And don’t forget to check back here regularly for all your General Hospital news, information and spoilers!