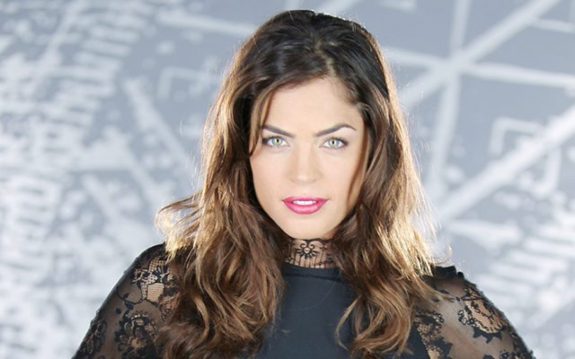 Formerly known as Britt Westbourne on “General Hospital,” Kelly Thiebaud has landed a new exciting gig in an ABC show called “Station 19.” The actress is set to play the recurring role of Eva on the February 6 episode of the show titled “Eulogy.”

The upcoming episode will look into a carbon monoxide leak incident. Viewers will see Pruitt Herrera (Miguel Sandoval) grieve the loss of someone special while Andy Herrera (Jaina Lee Ortiz) tries to bottle up her emotions and bury herself into work. Viewers will also see Robert Sullivan (Boris Kodjoe) make a controversial choice as to who’s taking the reins as the new captain.

ABC’s “Station 19” is an American action-drama TV series that debuted last March 22, 2018. The show, which was created by Stacy McKee, follows the lives of the men and women at Seattle Fire Station 19. The executive producers of the series are McKee, Shonda Rhimes, Betsy Beers, and Paris Barclay.

The show is the second spinoff to Grey’s Anatomy and has been renewed for a third season. It is produced by Shondaland and ABC studios. An all-new episode of “Station 19” will start airing on February 6. For those who may miss the episodes, they can view it the following day on ABC.com, ABC app, and Hulu.

Thiebaud joined “General Hospital” as Dr. Britt Westbourne back on September 19, 2012. A year later, the actress was moved to contract status. In 2014, she was placed on a recurring status following the end of her two-year contract and she has decided to pursue other opportunities.

Apart from “General Hospital,” her other acting credits include a minor role on the NBC Daytime soap opera “Days of Our Lives” and “Criminal Minds.”

She also appeared on music videos for David Guetta. She starred in movies like “Hostel: Part III” in 2011 and “Healing the Stupid” in 2013. She also appeared in “Grace Unplugged,” where she played the role of Renae Taylor.

Her other acting credits include “Abduction of Angie” where she played Miranda, “Every 21 Seconds” as Mary Beth Sweeney, and “The Surrogate” as Danielle. She appeared on TV shows and movies like “Castle,” “Chuck,” “The Secret Life of the American Teenager,” “Love at First Glance,” and “A Mother on the Edge.”

In 2018, she won Best Acting at the Cinema World Fest Awards and Best Ensemble Cast at the Festigious International Film Festival for the film “Every 21 Seconds.”