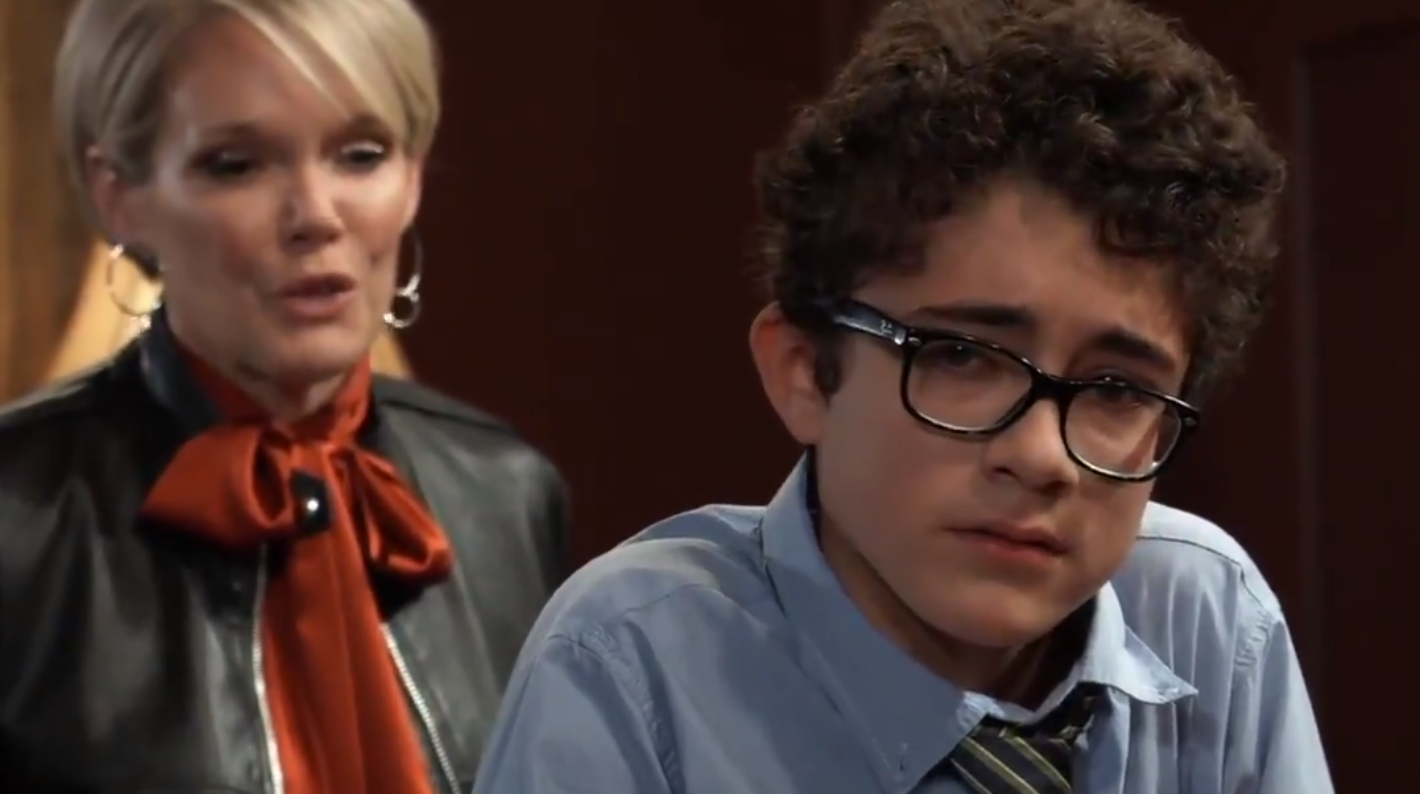 General Hospital spoilers tease that Nikolas Cassadine (Marcus Coloma) has a lot of explaining to do! That’s because both Spencer Cassadine (Nicolas Bechtel) and Ava Jerome (Maura West) still want answers. Here’s what you need to know.

Marcus Coloma, who plays Nikolas Cassadine on the hit ABC soap, puts it this way to Soaps in Depth in a new interview, “Nikolas has been so focused, and has had such a strong conviction that the whole purpose of this quest is the reclaim the Cassadine estate from Valentin and to help Spencer and get him back. In his mind, Nikolas taking it back is getting his relationship back with his son.”

However, General Hospital spoilers tease that Spencer makes it pretty clear that he won’t just forgive and forget everything that his father did in his past. This, of course, is going to make things even harder for Nikolas. Practically everyone in his life is still upset over the fact that he allowed everyone to believe that he was dead for such a long time.

Marcus further explains that in the scenes between him and Spencer, the young boy does bring up some great points, which makes things all the harder for his character. He says, “I think Nikolas had an understanding that there would be some reconciliation that needed to happen, but I do think there was a very sincere hope and belief that his son would understand him. But you know when you do something that’s just embarrassingly wrong and then you’ve got to face up to it, and it’s just so unbelievably uncomfortable? He’s got to take his lumps and these are such big lumps to take.”

With that said, it’s going to take a lot of Nikolas to get back in Spencer’s good graces. And let’s not forget that Ava is the kind of woman that can’t really be trusted either. While her heart is often in the right place, it’s her head that everyone should be worried about! Needless to say, fans will have to tune in to General Hospital to find out what will happen next.

In the meantime, come back right here for all the latest news, updates and spoilers on The Bold and the Beautiful, Days of Our Lives, The Young and the Restless and General Hospital.