The Bold and the Beautiful Spoilers: Quinn and Brooke’s Epic Battle Ends With Shocking Consequences 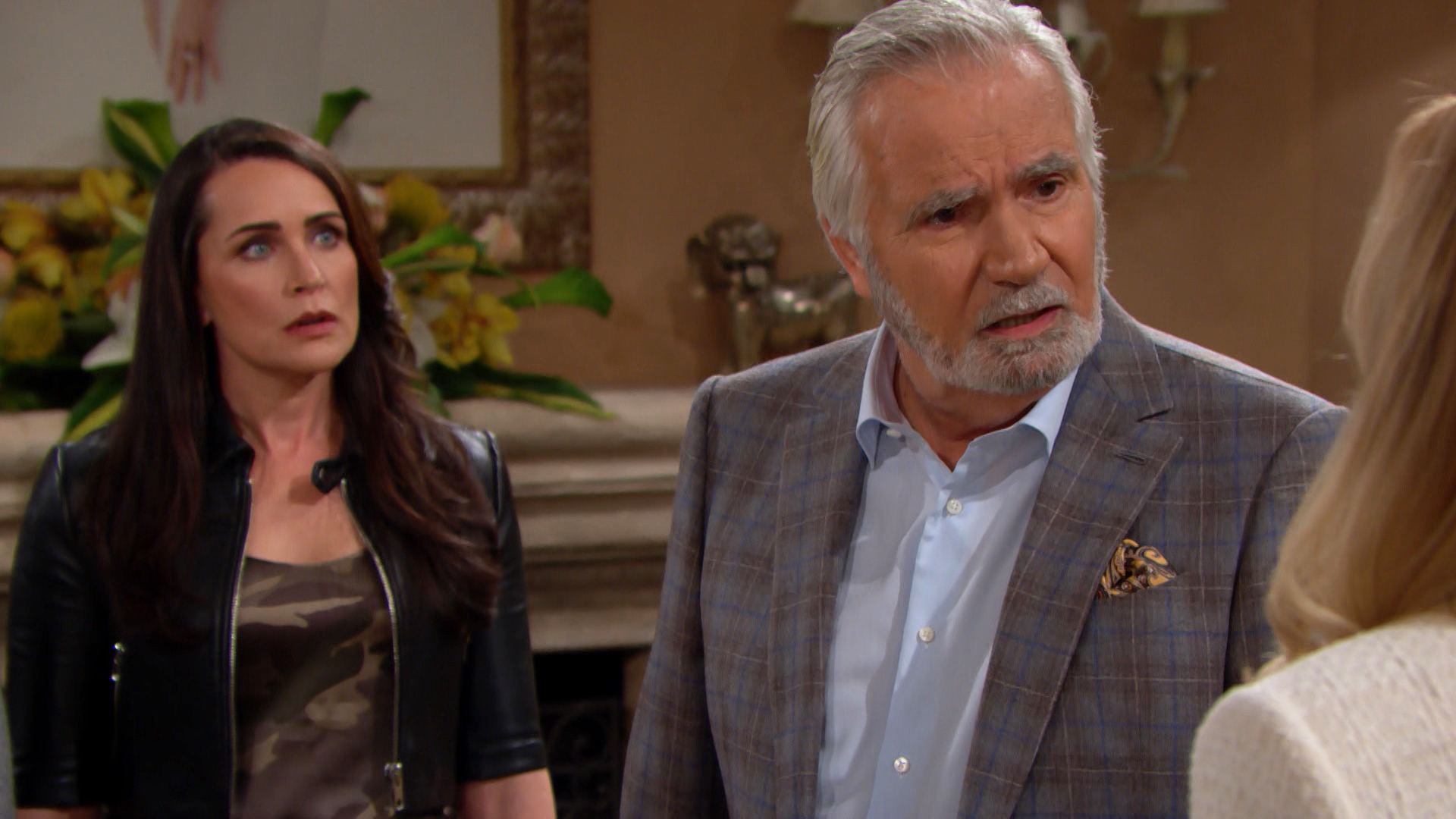 The Bold and the Beautiful spoilers reveal Quinn Forrester (Rena Sofer) and Brooke Logan Forrester (Katherine Kelly Lang) are both determined to defeat the other. Their feud is teased to be epic. However, the battle doesn’t just affect the two women. It is stated that the war will end with shocking consequences.

B&B spoilers indicate that Brooke is livid over Ridge Forrester (Thorsten Kaye) and Shauna Fulton (Denise Richards) kissing. Even though it happened while “Bridge” was separated, Brooke still wants to send a clear message to her competition.

This leads her to plead with Eric Forrester (John McCook) to help save her marriage. She asks him to remove Shauna from the mansion so Ridge doesn’t get sucked in by a temptress. That isn’t all she came to discuss with the Forrester patriarch, though. She is blaming nearly everyone for her marital troubles. Besides Shauna, she also holds Quinn and Thomas Forrester (Matthew Atkinson) responsible.

The Bold and the Beautiful Spoilers: Eric Tries To Diffuse The Situation Between Quinn And Brooke #bb #boldandbeautifulhttps://t.co/PcZBLezeTn

Quinn overheard Brooke’s frantic plea to Eric as well as her demand that he divorce Quinn. The man of the mansion was baffled by the order to end his relationship. However, he didn’t really have time to react to her second command because Quinn had enough.

Confronting Brooke, things quickly escalated from a verbal argument to the women making physical contact. Eric wasn’t pleased about violence taking place in his own home. However, Quinn isn’t backing down, especially when it comes to Brooke.

The Bold and the Beautiful spoilers call the Forrester feud an “epic battle.” Quinn is going to make Brooke pay for attacking her marriage. It seems she gets the upper hand, especially since it is stated that Brooke will soon discover just how dangerous Quinn can be.

She will make even more headway when Thomas Forrester (Matthew Atkinson) suggests they join forces to eliminate a common enemy. They don’t plan on allowing Brooke to continue interfering. In fact, Thomas and Quinn come up with a plan to take down Brooke for good.

The Bold and the Beautiful Spoilers: Taking Sides

Both sides will recruit others to join them in the fight. Brooke gets the support of the Logan sisters and Bill Spencer (Don Diamont). She will also have her daughter, Hope Logan (Annika Noelle) and possibly Liam Spencer (Scott Clifton).

As for Quinn, she partners up with a villain who knows a lot about Brooke’s weaknesses. He would love nothing more than to terrorize his stepmother. Thomas Forrester (Matthew Atkinson) has wanted revenge for years and it seems he will get it by helping Quinn destroy Brooke.

However, there is unexpected fallout as the battle rages on. By the time it ends, at least one individual will pay the price for their actions. Shocking consequences are teased, but what exactly does that mean?

Will a relationship crumble due to the warring women? Could someone get written out of a will as punishment for their actions? Or could this part of the “beloved character death” teased by executive producer Bradley Bell? We’ll just have to keep watching to see how this storyline ends.