The Bold and the Beautiful: Thomas and Quinn Team Up To Bring Down Brooke – Ultimate Showdown Ahead 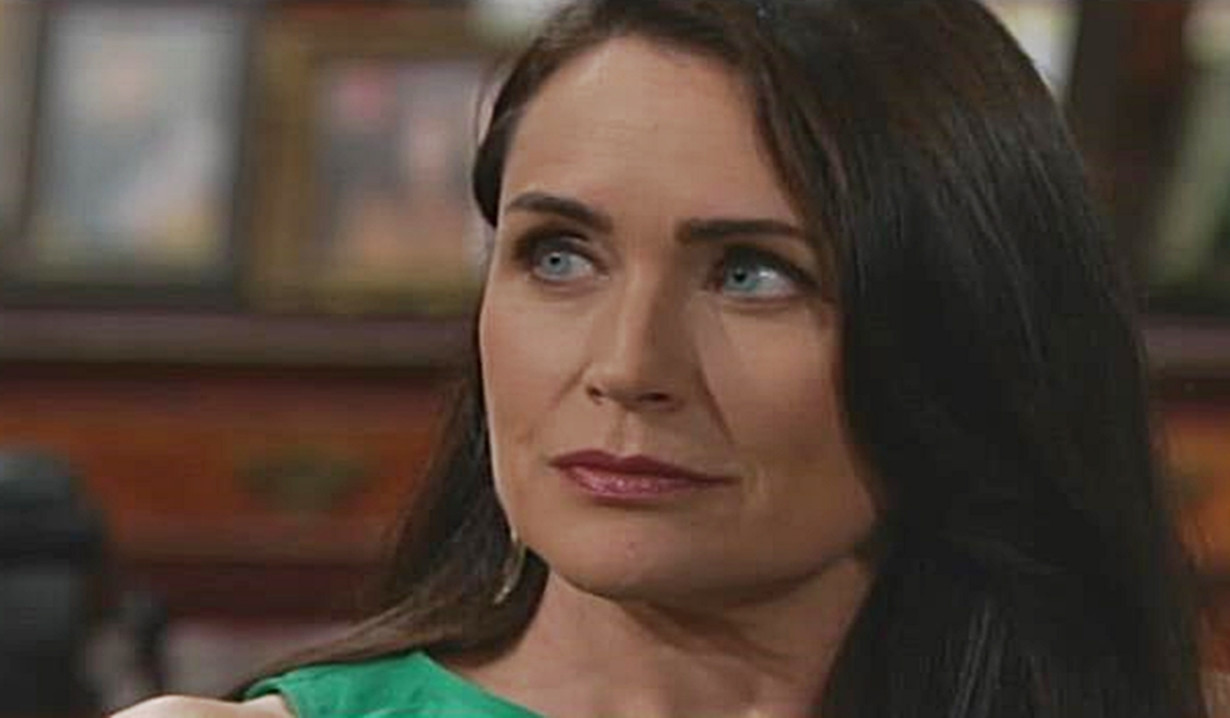 On “The Bold and the Beautiful,” Brooke Forrester (Katherine Kelly Lang) stirred up the hornet’s nest when she decided to go up against Quinn Forrester (Rena Sofer). Tensions are bound to run high as Quinn declares an all-out war with Brooke. When Thomas Forrester (Matthew Atkinson) learns about the clash, he comes up with a plan and presents Quinn with a devious proposition. Will Quinn team up with Thomas to bring down Brooke?

The Bold and the Beautiful Spoilers: Eric Gives In To Brooke’s Demands

This week, viewers will see Eric Forrester (John McCook) give in to Brooke’s demand to kick Shauna Fulton (Denise Richards) out of the house after learning that she and Ridge Forrester (Thorsten Kaye) have shared some intimate kisses.

Brooke won’t just let this slide so she’ll confront Shauna and drag Quinn into the drama. Fans know that Quinn’s on Shauna’s side as she’d rather see Ridge with her than Brooke. The confrontation gets out of hand. Brooke throws insults at Quinn and slaps Shauna. Quinn isn’t taking any of it so she hauls Brooke and slaps her, too.

But Eric caves into Brooke’s demands, which infuriates Quinn even further. At this point, both ladies are ready to go on an all-out war.

The Bold and the Beautiful Spoilers: Cat Fight! Brooke's Declaration and Quinn's Vow Back #bb #boldandbeautifulhttps://t.co/Fp50WCwOBe

Quinn will be angry at Eric for giving in so easily but she’ll put most of the blame on Brooke. She’ll vow to get back at Brooke for what she’s done and that means viewers can expect more explosive scenes between the two.

The Bold and the Beautiful Spoilers: Thomas Considers An Alliance

Now, let’s add Thomas into the mix. He’ll hear about the fight between Brooke and Quinn and will immediately come up with an idea. Spoilers suggest a possible alliance between Thomas and Quinn especially now that they share a similar goal, and that’s to bring down their nemesis.

Fans may recall that Thomas already tried to enlist the help of Shauna to destroy Brooke and Ridge’s marriage. However, Shauna showed some integrity in her and said she’s not interested in breaking up their marriage.

Quinn may not have the same answer to Thomas’ offer. She’ll feel that Brooke’s attacking her and she needs to retaliate. If she accepts Thomas offer, the pair will surely be capable of wreaking havoc in Brooke’s life and relationship with Ridge. Things may even become more complicated if they manage to get Shauna to help them, wittingly or unwittingly.