The Young and the Restless Spoilers: Victoria Reaches Her Breaking Point, Decides To Divorce Billy 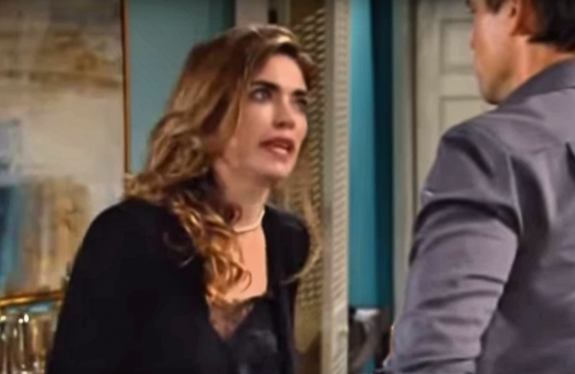 The Young and the Restless spoilers indicate that Victoria Newman (Amelia Heinle) will reach her breaking point with Billy Abbott (Jason Thompson) and kick him out of the house.

Victoria and Billy’s marriage has been on rocky ground as of late. Their problems stem from Billy’s recent behavior. First off, Billy secretly quit therapy, deciding he can fix his life on his own. However, that hasn’t worked out so well.

With Victoria at Newman Enterprises and Billy currently out of work, this has allowed him a lot of free time. He’s been spending his time hanging out with Amanda Sinclair (Mishel Morgan) at the dive bar.

Billy has opened up to Amanda about his issues. He talks about wanting to be who he is and having control of his life. Amanda understands what Billy’s going through and what he needs. She’s been very sympathetic to him. While Billy and Amanda’s bond has fans speculating if they’ll have an affair, the two have stated they’re just friends.

Yet, Billy’s been keeping his friendship with Amanda a secret. Last week, after receiving advice from Amanda, Billy decided to come clean with Victoria. He told her about quitting therapy, his feelings, and his meetings with Amanda.

Young And The Restless Spoilers: Billy Abbott Has Something Going On

Victoria suspected something was going on with Billy and her suspicions became aroused when she found a receipt from the dive bar. Victoria has been exhausted dealing with Billy’s erratic behavior, and upon discovering Billy’s been keeping secrets from her, her anger has increased.

She loves Billy and has stuck by him throughout many challenges. She’s tried to help him get better, but it seems Billy believes Victoria views him as someone who constantly needs saving. Victoria is furious that Billy didn’t come to her and explain how he was feeling. Instead he goes and pours his heart out to a stranger.

Billy doesn’t want to lose his marriage over this, but the damage may be done.

Victoria’s trust in Billy has been broken. With his behavior spiraling out of control, Victoria doesn’t recognize her husband anymore.

Victoria can’t keep living like this, she needs to do what’s best for her and the kids, and that’s divorcing Billy.