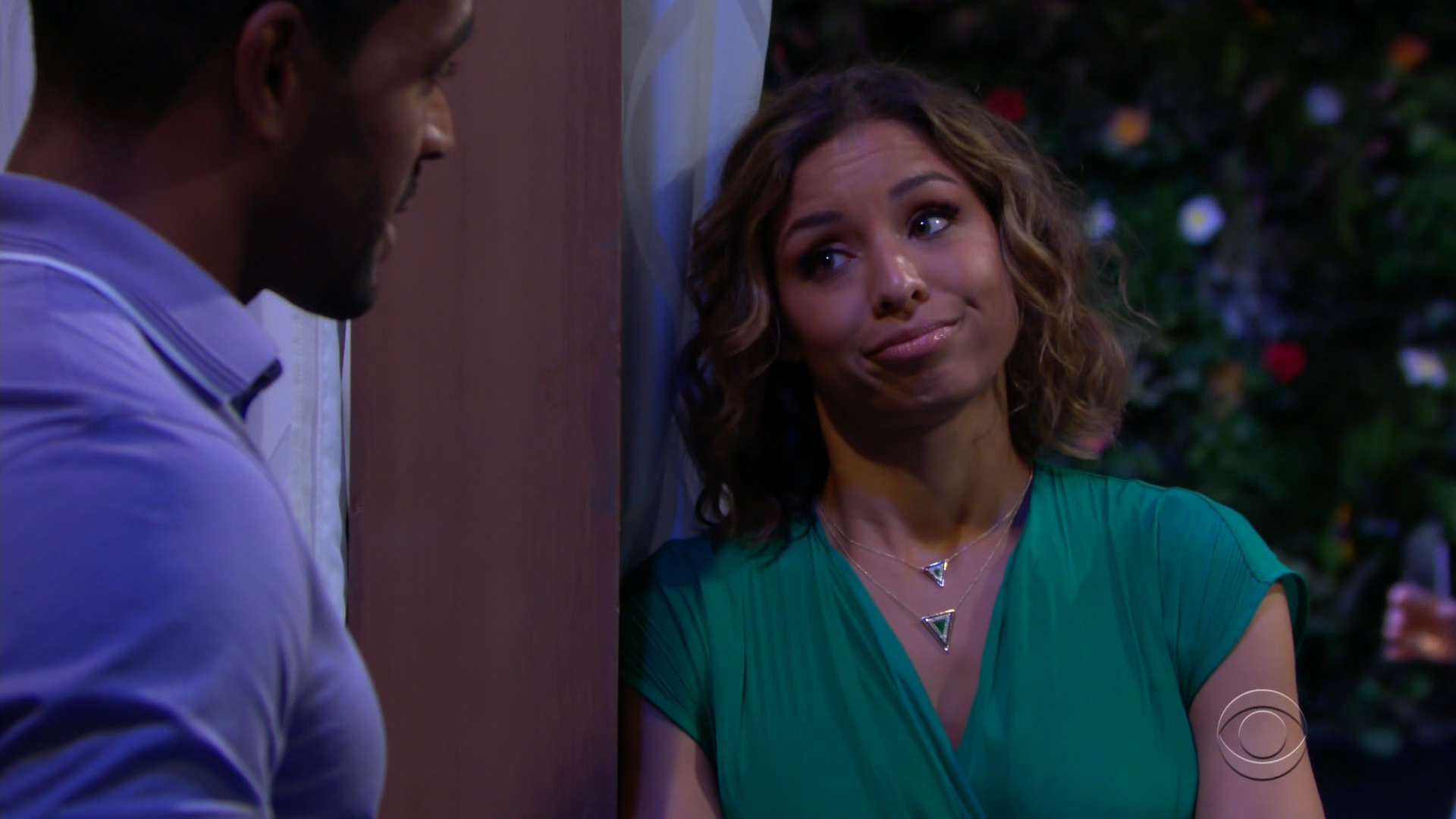 The Young and the Restless spoilers indicate that Nate Hastings (Sean Dominic) and Elena Dawson (Brytni Sarpy) will cross the line that take their friendship to romance.

After noticing the interaction between Nate and Elena, Amanda Sinclair (Mishel Morgan) mentioned that the two acted more like a couple than friends. Nate reminded Amanda that he and Elena are just friends, nothing more. Nate also said that Elena is his cousin Devon Hamilton’s (Bryton James) girlfriend, and he would never cross that line.

Nate has stated that he’s a good man with morals and would never do anything to hurt his cousin. However, as we’ve seen on soap operas, even the good people commit a sin every once in a while.

Fans have noticed that Nate and Elena are very chummy. While the two maintain they’re just friends, viewers have commented on their chemistry. Even though Elena’s with Devon, many feel that Nate is a better suitor for Miss Dawson.

Elena loves Devon and she’s been helping him through a tough ordeal as he deals with the fallout of the will scam, and Amanda’s resemblance to his deceased wife. However, at times she’s become frustrated with his attitude towards the situation.

While Elena and Devon have seemed to patch things up, that could change in an instant. If Elena continues to have problems with Devon, the one person she’ll turn to is Nate.

Nate has been a good friend and a mentor to Elena. Whenever she has a problem, he’s there for her. Their interactions continue to foreshadow a possible romance could be coming for the two.

The question is who will make the first move.

Nate and Elena both pride themselves on being good people, but eventually one of them is going to make a move on the other.

Odds are the turn from friendship to romance will happen while the two are working on the New Hope clinic or when Nate’s comforting Elena after another argument with Devon.

While Devon fans won’t be happy with this, it’ll be good news for Nate and Elena fans who want to see them go from friends to being a couple.