Days of Our Lives Spoilers: Kate Exposes Stefano’s Plan – Can John and Marlena Be Saved? 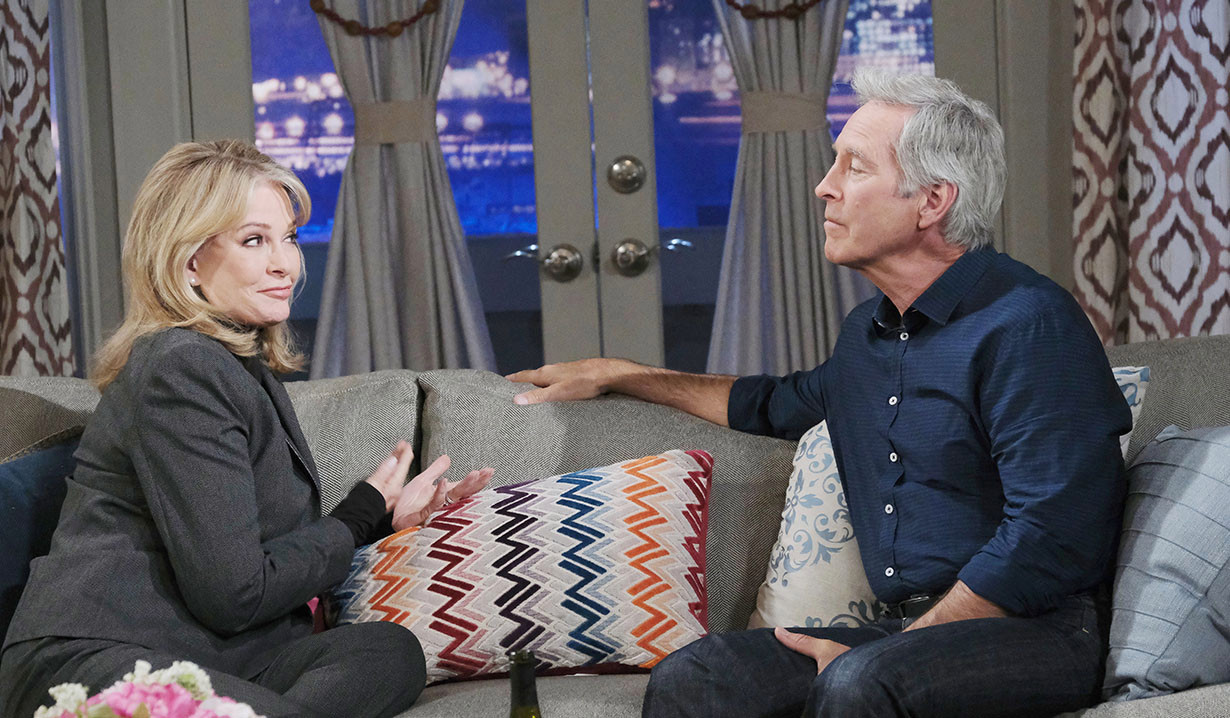 DOOL spoilers confirm Kate knew about Stefano and Princess Gina for months and kept their sinister secret. However, during the past few weeks, we have seen her try to wiggle out of the agreement. What makes it even worse is Stefano is obsessed with Marlena Evans (Deidre Hall), who has been a good friend of Kate’s for many years.

After learning about Stefano and Gina’s new plan for “Jarlena,” Kate worries about what will happen to the couple. What we know is the villain impersonates Steve Johnson and whisks John on a mission to find the real Stefano DiMera.

It is also revealed that at some point, Stefano tells Marlena that John died.

Days of Our Lives Spoilers: Kristen’s Heartbreak Over Her Baby’s Death – Will She Now Find Out The Truth? https://t.co/BCSGE5tBcl pic.twitter.com/pvoZzJA7Ot

Days of Our Lives spoilers indicate after John’s “death,” Princess Gina will try to lure the psychiatrist into a trap. It’s not known if she falls for the scheme or not. Even if she does, there is the hope of a possible rescue.

Days of Our Lives Spoilers: Confession and Rescue Mission

Kate’s guilt begins to overwhelm her she knows that she has to act fast if John and Marlena are to be saved. She ends up admitting what she knows about Stefano and Gina’s plan.

It isn’t known who Kate confides in, but it has to be someone that has the skills and resources to handle this type of threat. We are thinking the most likely person will probably be Roman Brady (Josh Taylor).

It is likely that authorities will perform a rescue mission to save the couple from two dangerous and obsessive villains. However, will they get to John and Marlena in time or will it be too late by the time they get there?