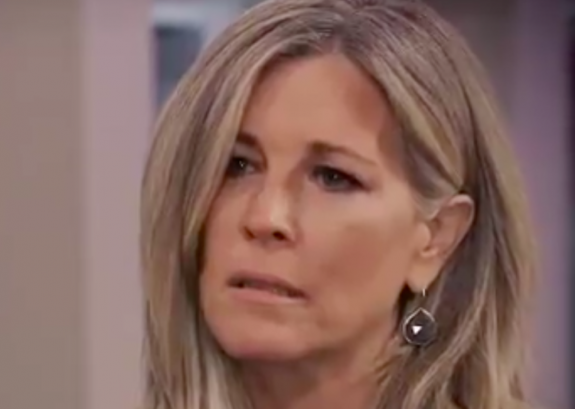 General Hospital (GH) spoilers for Monday, January 27, tease that some shocking moments are in store. We should note that impeachment trial coverage has been throwing off GH’s schedule. There’s a good chance we’ll see more preemptions, so this airdate could change. Of course, all you really need to know is this is what happens after those three epic shootouts.

In Brooklyn, Jason Morgan (Steve Burton) will point his gun and offer a warning. If the shooter lets the waitress go, he gets to live. The gunman won’t listen and will get jabbed by the waitress’ elbow. Moments later, Jason will fire and take him out.

GH Spoilers: Mike Corvin Will Be A Traumatized Mess

Meanwhile, poor Mike Corbin (Max Gail) will be a traumatized mess. He’ll keep crying about how he wants to go home, so Sonny Corinthos (Maurice Benard) will naturally worry about him. The NYPD cops will have plenty of questions for Jason and Sonny. They’ll also hear about the other shootouts in Port Charles.

Sonny will learn they can head back to PC, but he’ll be informed that he may be contacted again soon. Unfortunately, Mike will have to give up his spot in the study. Sonny will learn that this is Mike’s only chance, but he’ll pass it up due to this family emergency and assure Mike that they’re going home.

At the warehouse, Tony will get shot while trying to help Carly Corinthos (Laura Wright). Carly will try to help Tony in return, which will put her in grave danger. That’s when a mystery man will appear and save Carly. She’ll assume he works for Sonny, so she’ll be perplexed when she realizes he doesn’t.

Jordan Ashford (Briana Nicole Henry) will arrive as they await the ambulance. She’ll be brought up to speed and will wonder about this unconscious mystery man. Jordan will question if maybe he was working for the person behind the attack and then switched sides.

Once Gladys Corbin (Bonnie Burroughs) comes out, Jordan will pull her weapon on her. Gladys will shout that she was an innocent bystander. She’ll ultimately look down and see Carly’s injured hero. Gladys will be stunned when she realizes it’s Brando, the son GH fans have been hearing was dead.

On the docks, Dustin Phillips (Mark Lawson) will save the day. He’ll show up and chase away the gunman, so Josslyn Jacks (Eden McCoy) will be beyond grateful. Michael Corinthos (Chad Duell) and Sasha Gilmore (Sofia Mattsson) will also be on hand during the shooting aftermath. They’ll tend to Laura Collins (Genie Francis), who’ll be taken to GH for treatment.

That’ll leave Harrison Chase (Josh Swickard) to interrogate Michael, which Sasha will object to. Chase will realize Michael was the target and will grill him about the incident, but Sasha will complain about harassment. Michael, on the other hand, will insist Chase is just doing his job.

At GH, Nikolas Cassadine (Marcus Coloma) will get an earful from Kevin Collins (Jon Lindstrom) about letting his loved ones think he was dead. Later, Nik will hear the news of Laura’s shooting and worry about her. He’ll also meet Dustin, who’ll assume he must be Lulu Spencer’s (Emme Rylan) brother.

Hamilton Finn (Michael Easton) will note that the bullet will need to be removed. However, General Hospital spoilers say he’ll be optimistic about Laura’s recovery. Next, Finn will tell Nik that his daughter needs her mother back. He’ll suggest he knows Nik’s the reason Hayden Barnes (Rebecca Budig) left Violet Barnes (Jophielle Love).

Finn will think Elizabeth Baldwin (Rebecca Herbst) needs to know that, too. Nikolas will admit he was planning on telling Liz, but now he won’t be so sure the timing’s right. At Crimson, Jasper “Jax” Jacks (Ingo Rademacher) will be apologetic about that kiss. Nina Reeves (Cynthia Watros) will point out that she never really considered Jax her boss, so Jax will kid around about HR being glad to hear it.

Once Jax gets updates on the shootout Joss was involved in, he’ll catch up with her at GH. Josslyn will introduce Jax to Dustin – her English teacher and her hero! Over with Valentin Cassadine (James Patrick Stuart), he’ll spar with Ava Jerome (Maura West) briefly. Ava won’t be happy that Valentin’s out on bail and will rant about him trying to kill her.

General Hospital spoilers say Valentin will clap back with some snide remarks, so he’ll be feeling smug as usual. It looks like another fantastic episode’s on the way. We’ll keep you posted as other details and rumors emerge. Stick with the ABC soap and don’t forget to check back often for the latest General Hospital spoilers, rumors, updates and news.