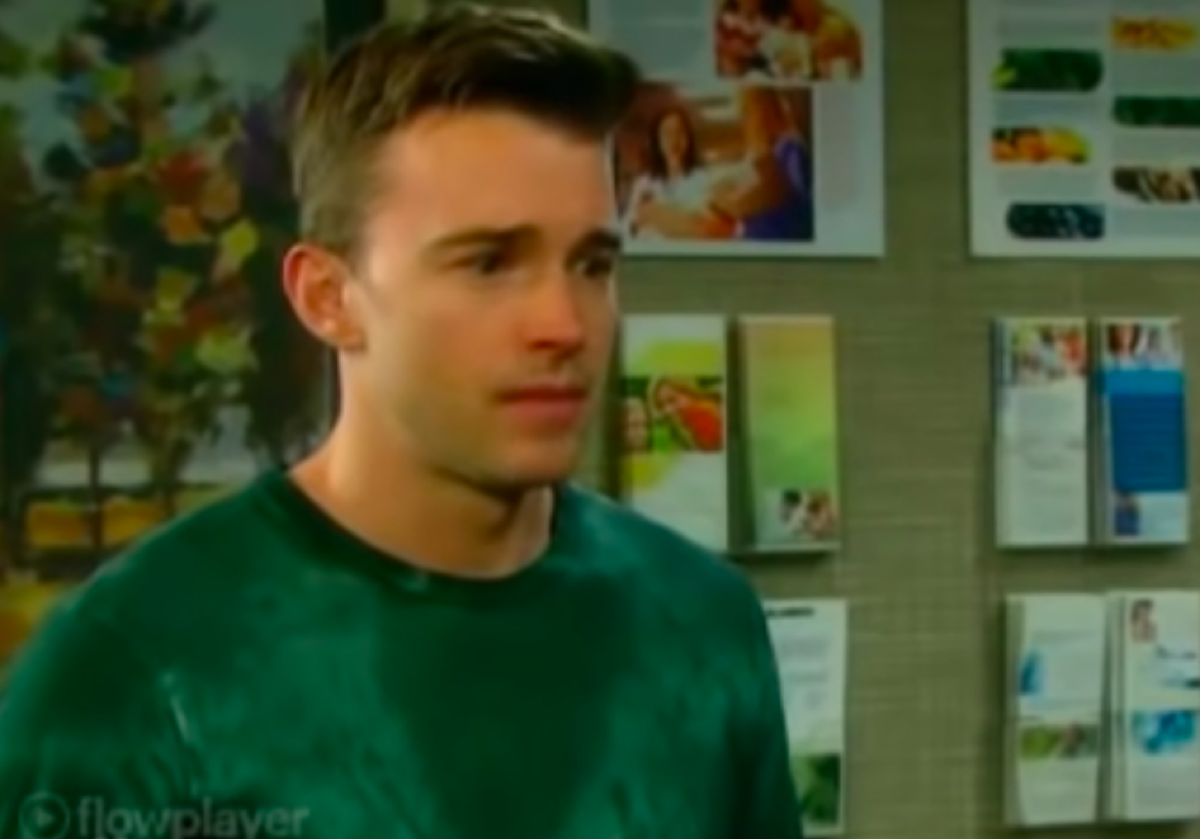 Days of Our Lives (DOOL) spoilers for Monday, January 27, tease that Will Horton (Chandler Massey) will remain in shock over the story Ciara Brady (Victoria Konefal) just told him. Will now knows he’s innocent, and Ciara has just insisted that everyone else should know the truth, too.

DOOL Spoilers: Will Horton Will Remain In Shock Over The Story Ciara Brady Tells Him

However, Will won’t be certain that’s the best idea. He’ll fret about how many people this bombshell would affect – especially Maggie Kiriakis (Suzanne Rogers). While Will and Ciara argue about their next move, Sonny Kiriakis (Freddie Smith) will strengthen his bond with Evan Frears (Brock Kelly). They’ll keep connecting and growing closer, but that’s only because Sonny’s been misled about Will’s guilt.

Even so, Sonny has already become quite fond of Evan. Will really needs to come clean and get his family back, but he’ll be hesitant since this could blow up Salem in a big way. As for Kristen DiMera (Stacy Haiduk), she’ll open up to Brady Black (Eric Martsolf) about their “dead” daughter – and Brady will confide in Kristen as well. These parents will come together for a moment of heartbreaking reflection.

Of course, it won’t be long until Kristen’s stirring the pot again. Days of Our Lives spoilers say Kristen will spill the “Bricole” beans to Eric Brady (Greg Vaughan). He’ll learn Brady and Nicole Walker (Arianne Zucker) have reunited, so he’ll obviously be crushed and furious.

Days Of Our Lives Spoilers: Kristen DiMera Is Stirring The Pot Again

This is just a fake relationship to keep Kristen under control, but Eric won’t know that. He’ll struggle over Nicole moving on so soon with the worst person she could’ve possibly picked. Across town, Rafe Hernandez (Galen Gering) will welcome Shawn Brady (Brandon Beemer) back to Salem. Days spoilers say Shawn will show up after being summoned and wonder exactly what’s up.

Days of Our Lives Spoilers: Will and Ciara Both Conflicted – Expose Killer or Stay Silent To Save Salem? https://t.co/zLdoRH5svy pic.twitter.com/YtDG2cNYtZ

Rafe is wondering that himself, which is why he called Shawn. DOOL spoilers state that they’ll discuss “Hope Brady” aka Princess Gina Von Amberg (Kristian Alfonso) and how strange she’s been acting. Rafe will talk about “Hope” smoking and making moves on John Black (Drake Hogestyn). “Hope” has been edgy and sloppy at work as well, so Rafe will ask what Shawn thinks about all that.

Shawn will suggest that doesn’t sound like his mom at all; it sounds more like Princess Gina! Days of Our Lives spoilers say Shawn will solve the mystery soon enough. He’ll determine that Dr. Wilhelm Rolf (William Utay) must’ve transformed Hope into Princess Gina somehow, but figuring out how to deal with her will be the tricky part.

It looks like some great scenes are on the way. We’ll give you updates as other Days news and rumors emerge. Stick with DOOL and don’t forget to check back often for the latest Days of Our Lives spoilers, rumors, updates and news.