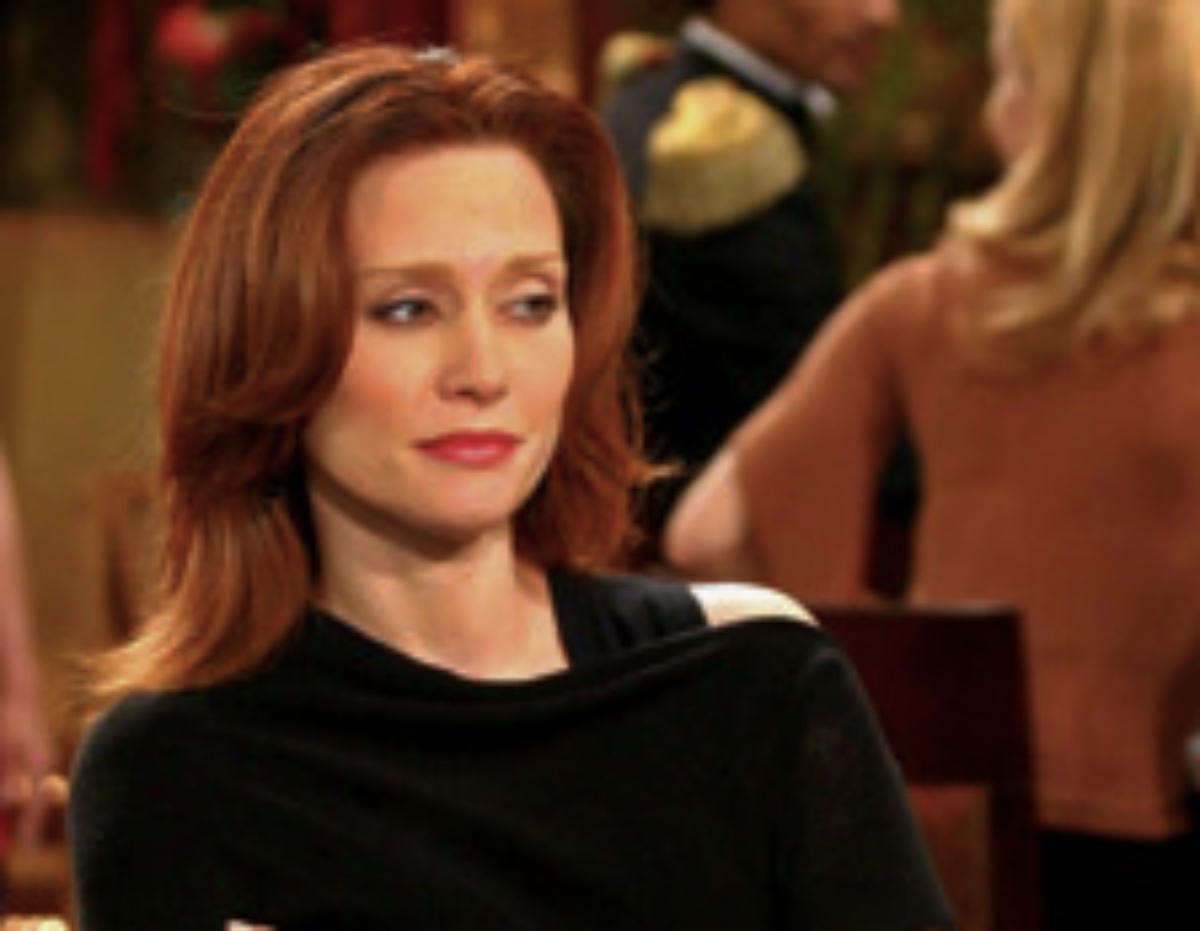 General Hospital (GH) spoilers tease an unknown party first attempted to approach Tracy Quartermaine (Jane Elliot) and then Luke Spencer (Anthony Geary) in what seems to be takeover attempt on ELQ. Right now, there aren’t a lot of clues to go by, but what if a long-missing Quartermaine family member is trying to take the company. Three different Quartermaine family members come to mind. But this list is not comprehensive and it may not even be a Quartermaine with an ax to grind.

Skye Chandler Quartermaine (Robin Christopher) is the adopted daughter of the late Alan Quartermaine (Stuart Damon). Skye also had a romantic relationship with Like Spencer at one point so approaching him for assistance if indeed she is making a play for ELQ.

When last seen she had obtained Lorenzo Alcazar’s (Ted King) money after he died and was raising her daughter Lila Rae far away from Port Charles. But if she has found herself needing money, perhaps she has decided ELQ is the way to go.

Several decades ago, Celia Quartermaine (Sherilyn Wolter) came to Port Charles to stay with Edward Quartermaine (John Ingle) and his branch of the Quartermaine family. Celia was headstrong but got along pretty well with her family. But the rest of the clan was keeping a secret from her. Alan and Tracy Quartermaine were actually illegitimate because their mother Lila Quartermaine wasn’t divorced when she married Edward. Because of this Edward’s branch of the Quartermaines could be lost their fortune and Celia’s side would get all the money. But Celia was never all that interested in ELQ. And while a lot could have changed in the years since Celia has been in Port Charles, this just doesn’t seem like something she would do.

Jimmy Lee Holt (Steve Bond) was Edward Quartermaine’s illegitimate son and came to Port Charles looking for a family connection and of course a piece of the Quartermaine fortune. But Edward wasn’t really interested in bonding with a newfound son. Jimmy Lee did become quite wealthy while in Port Charles but had lost most of his money by he left Port Charles.

When Edward died, Jimmy Lee has officially disinherited. He hasn’t been seen in many years, but it’s quite possible that he still holds a grudge because the Quartermaine’s wanted nothing to do with him. Perhaps he has always resented Edward’s family and now sees the change to take his father’s company.

Spoilers indicate that the powers that be are looking to build up the Quartermaine family in 2020. And while Skye, Celia, and Jimmy Lee haven’t been seen in years, anyone of them could come back if they really want to add more family members to the mix. The Quartermaine family has a rich history in Port Charles. Perhaps this ELQ takeover storyline brings back more members of this family, if not the three mentioned then there are others out there as well.

Is a long-missing family member behind ELQ’s current troubles? Could one of them be returning to Port Charles? Or is someone else entirely trying to take over ELQ? Only time will tell so stay tuned to General Hospital airing weekdays on ABC. And don’t forget to check back here regularly for all your General Hospital news, information and spoilers!