The Bold and the Beautiful Spoilers: Monday, January 27 – Sally’s Symptoms Return During Argument With Flo – Steffy Prepares To Tell Liam The Truth 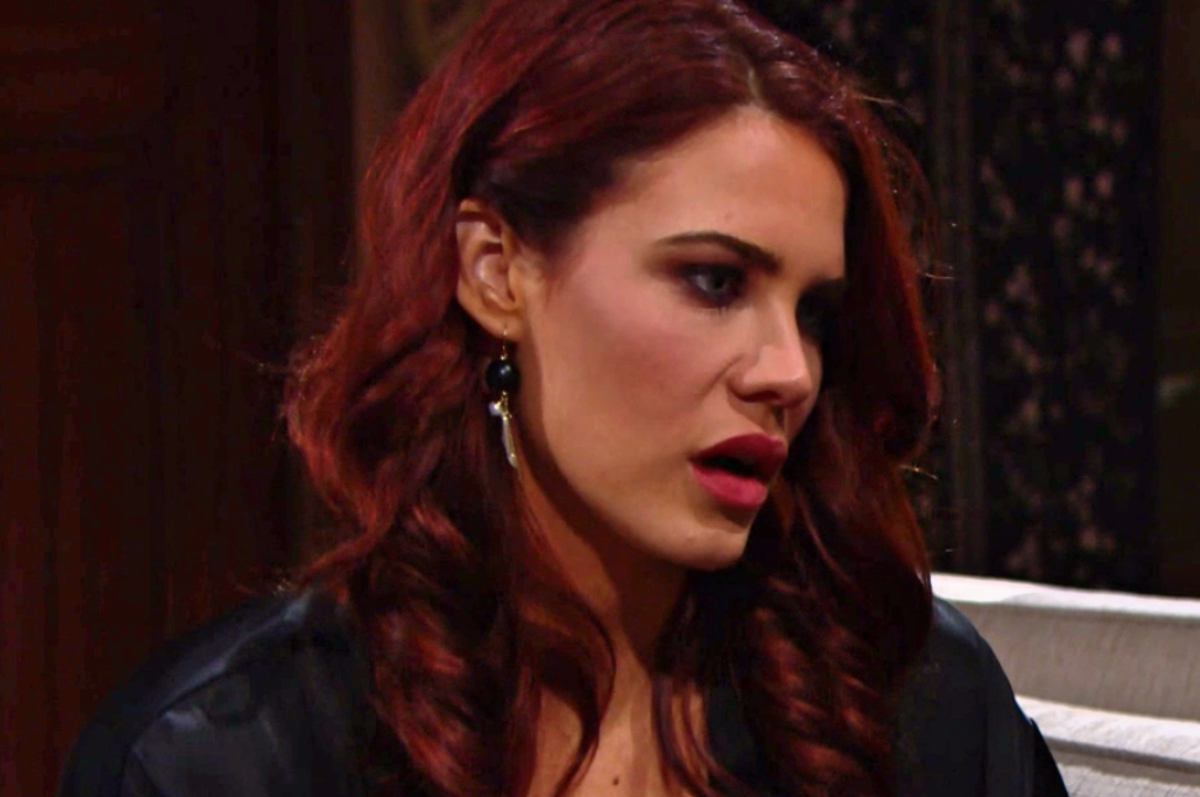 The Bold and the Beautiful spoilers for Monday, January 27, tease that the action is really heating up on the CBS soap. But before we get to that, we have a quick programming note. The impeachment hearings have continued to preempt much of CBS’s daytime programming, and B&B has not aired for several days. Assuming that B&B airs on Monday, we have the scoop about what you can expect right here.

First off, on the next episode of B&B, Steffy Forrester (Jacqueline MacInnes Wood) and Liam Spencer (Scott Clifton) will return to the cliff house after spending time with Kelly Spencer (Zoe Pennington) at the beach. Kelly will be crying and fussy, so Liam will take her to her room while Steffy gets a call from Thomas Forrester (Matthew Atkinson).

The Bold And The Beautiful Spoilers: Will Hope Regret Turning To Thomas After Liam

Thomas will be happy to hear that Steffy is spending time with Liam, and he’ll say that everything is working out just as it should be. Steffy will say that she still feels guilty about the kiss with Liam, but Thomas will tell her not to feel guilty, and that she has been sidelined for long enough. He’ll tell Steffy that she’ll get the family she deserves, although Steffy won’t be happy about the secret she’s keeping.

Liam will return after Kelly goes to sleep, and he and Steffy will talk playfully about how wonderful it was spending time together as a family. Liam will then notice one of Kelly’s toys, and he’ll sadly note that Beth Spencer (River Davidson and Madeline Valdez) has the same one. Liam will lament about the kiss and how Hope Logan (Annika Noelle) ended things with him because of it.

Bold And The Beautiful Spoilers: Steffy Forrester Feels Guilty About Her Kiss With Liam Spencer

Steffy will then say that she should be the one who feels guilty about the kiss since she was the one who initiated it. But Liam will say that it’s not like the kiss was planned. That will make Steffy feel guilty, and after Liam changes clothes and gets ready to go to work, Steffy will feel even guiltier. She’ll tell Liam that she cherishes the family moments they’ve had over the past few days, but that she feels bad about what he’s going through with Hope.

Liam will say once more that he doesn’t blame Steffy for the kiss, but Steffy will say that he should blame her. She’ll say that she let herself get pulled into something, and that she needed to tell him about it. She’ll say that there’s something he needs to know about their kiss.

Next on B&B, at the Forrester mansion, Wyatt Spencer (Darin Brooks) will chat with his mom Quinn Forrester (Rena Sofer). Quinn will dodge questions about her difficulties with Brooke Forrester (Katherine Kelly Lang), and then talk will turn to Wyatt, who will say that he has news that will make her happy.

Quinn will guess that he and Flo Fulton (Katrina Bowden) are getting back together, which will prompt Quinn to pop the champagne and pour mimosas. Wyatt will lament about how he still cares for Sally Spectra (Courtney Hope) and that she is really hurt by the breakup, to the point where she doesn’t readily accept it as final.

Wyatt will note that something just seems different about Sally, but Quinn will say that Sally will bounce back because she’s strong. Wyatt will say that he hopes things get better for Sally very soon, and that he only wants the best for her, even though he’s not the right guy for her.

Next on B&B, at Flo’s apartment, Sally will barge in saying she wants to set the record straight about her fiancé once and for all. She’ll accuse Flo of making a play for Wyatt, which Flo will deny. Sally will go on to say that she and Wyatt will be just fine, but while she’s talking, her hand will start trembling, which she’ll try to hide.

Sally will continue to rant about how Flo needs to stay away from Wyatt, to give her and Wyatt a chance to reconnect. Flo will say that at the end of the day, it is Wyatt’s choice, and that it will only cause Sally more pain if she doesn’t let go. Then Flo’s phone will ring, and while she’s answering it, Sally will continue to shake, with her hands trembling.

Bold And The Beautiful Spoilers: Thomas Forrester Comforts Hope Logan Over Her Breakup With Liam Spencer

Finally, on the next episode of B&B, Thomas will be busy at work at Forrester Creations when Hope enters, still visibly upset about her breakup with Liam. Thomas will say that he heard about what happened from Steffy. Hope will then rant about the conditions that Liam put on their marriage, and she’ll say that she thought she could work through it, but then she saw Steffy and Liam together.

Thomas will be secretly thrilled as Hope goes on about how she can’t stop being a mother to Douglas Forrester (Henry Joseph Samiri). Thomas will thank Hope for not abandoning his son, and Hope will say that while she’ll never forget what Thomas did, she doesn’t hate him the way Liam hates him. Hope will then start crying, and Thomas will move in for a hug as she willingly embraces him.