The Bold and the Beautiful’ Spoilers: Steffy Feels Pressure – Thomas Hopes For Revival 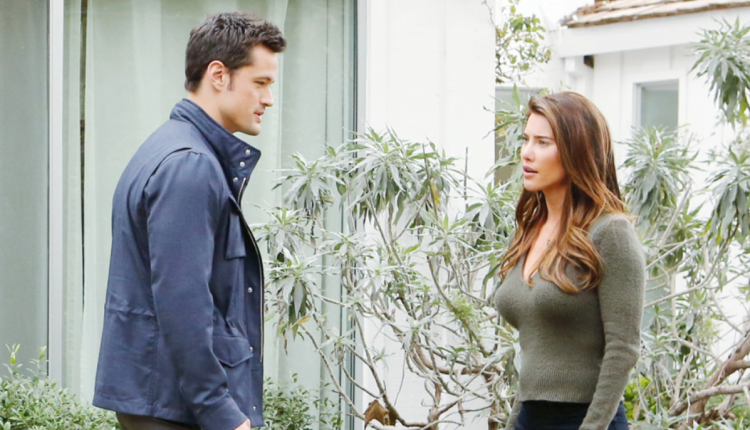 The Bold and the Beautiful spoilers tease that Steffy Forrester (Jacqueline MacInnes Wood) has unexpectedly gained an opportunity to restore her family. Kissing Liam Spencer (Scott Clifton) isn’t something that just happened. Instead, a tip from her brother, Thomas Forrester (Matthew Atkinson), led to another dramatic upheaval in this established character rectangle.

Hope Logan (Annika Noelle) is trying to hold her life together after the shock of seeing Liam with Steffy. Noelle’s alter ego encouraged him to reform Steam last year. But that was before the Beth Spencer (Madeline Valdez and River Davidson) reveal happened.

The Bold and the Beautiful Spoilers: Thursday, January 23 – Sally Confronts Flo About Wyatt – Steffy’s Riddled With Guilt About Her Secret From Liam

The Bold And The Beautiful Spoilers – Steam Revived, Or Temporarily Revisited?

Steffy has never stopped loving Liam. She’s kept him in her heart, enjoying every moment he’s spent at the cliff house when visiting Kelly Spencer (Zoe Pennington and Allison Marcia Sweeney). Whether Steffy is willing to either withhold information about the orchestrated kiss, or tell Liam the full truth, as she recently tried to do, and risk another trust rupture is to be decided.

There’s no certainty regarding Lope’s revival. Liam loves Hope and had zero intentions of leaving her. But the disagreement he had with his intended wife followed the interrupted remarriage proposal.

The Bold and the Beautiful Spoilers: How Far Will Quinn Go To Stop Brooke? https://t.co/wYhwlElguN pic.twitter.com/iP2VevBLyM

Longtime B&B fans know that this isn’t the first time Liam and Hope’s union has crumbled. Hardcore fans are aware of the troubles this couple had before Noelle became the recast version of Hope in 2018. More recently, Thomas’ insertion of himself into their lives created repeated discord.

The Bold And The Beautiful Spoilers – Hope Logan Driving Drama

While this feature is about Steffy, Hope’s place in the center of this drama must be underscored. The only reason why Steffy gained an opportunity to make another push for Liam is that Hope chose to again entangle herself with Thomas.

Sure, the above assessment is fully subjective. But it represents Liam’s view and created the scenario where he felt compelled to spend the night at the cliff house with Kelly and her mother after Hope didn’t accept his conditioned remarriage offer.

If Hope allows Thomas the second chance he so desperately wants and believes is destined, then Liam will likely see Steffy as his natural fallback option. Though eventually, he could recognize Wood’s character as his leading soulmate as well.