The Bold And The Beautiful Spoilers: Will Hope Regret Turning To Thomas After Liam 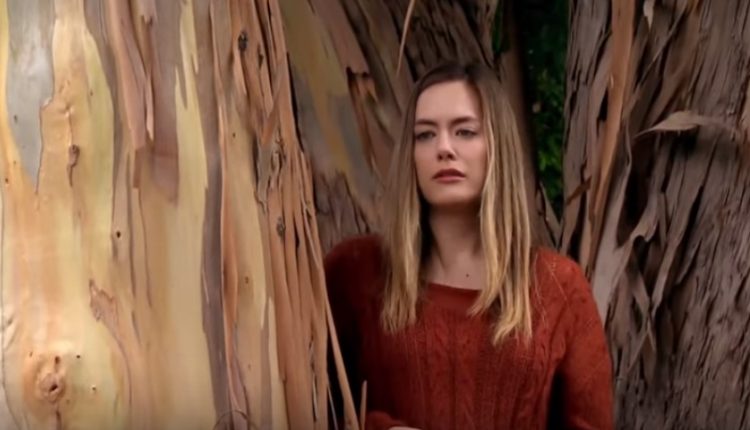 The Bold and the Beautiful spoilers reveal Hope Logan (Annika Noelle) collapses in Thomas Forrester’s (Matthew Atkinson) arms after her breakup with Liam Spencer (Scott Clifton). However, will she regret turning to the villain? She thinks their relationship is platonic, but he thinks she is just denying her love for him.

The Bold and the Beautiful – Hope Logan’s Heartbreak

B&B spoilers indicate Hope will continue to go through strong emotions when it comes to her heartbreak. After seeing Liam and Steffy Forrester (Jacqueline MacInnes Wood) kiss, she is done with the relationship.

Earlier that day, Liam had proposed, but he had conditions attached to it. Then, she was stunned to find him locking lips with his ex. She is devastated and heartbroken over the events from that day.

It is teased that Hope turns to Thomas with her broken heart. She has let her guard down and thinks he is the man she used to know long ago. So, she doesn’t think twice when collapsing in his arms crying over her broken heart.

Of course, he will silently smile at his victory. He is close to getting what he wants and that is to have Hope for himself.

The Bold and the Beautiful Spoilers – Different Perspectives

The Bold and the Beautiful spoilers reveal that Thomas and Hope have different ideas about their relationship. Hope thinks they are just friends and it’s platonic.

However, Thomas feels that there is something more. He truly believes that Hope secretly loves him and that she just isn’t allowing herself to admit to her feelings.

The Bold and the Beautiful Spoilers: Zoe Flattered When Carter Shows Interest In Her – Thomas No Longer A Love Interest? https://t.co/bUol8OLewx pic.twitter.com/uoll5v9ij3

It is speculated that Hope may end up regretting turning to Thomas in her time of need. While crying, she will probably tell her that Liam would never be just hers. She would always have to share him with Steffy.

She could fall for what he is telling her due to her emotional and mental state. However, she needs to tread carefully because Thomas hasn’t changed, not at all and she could be in danger if she doesn’t watch herself.

The Bold And Beautiful Spoilers: Liam Tells Dr Finn About The Pills – Ridge and…

The Bold And The Beautiful Spoilers: Liam Isn’t Thrilled To Discover Steffy’s Secret

The Bold And The Beautiful Spoilers: Thomas Uses Liam’s Distraction With Steffy…