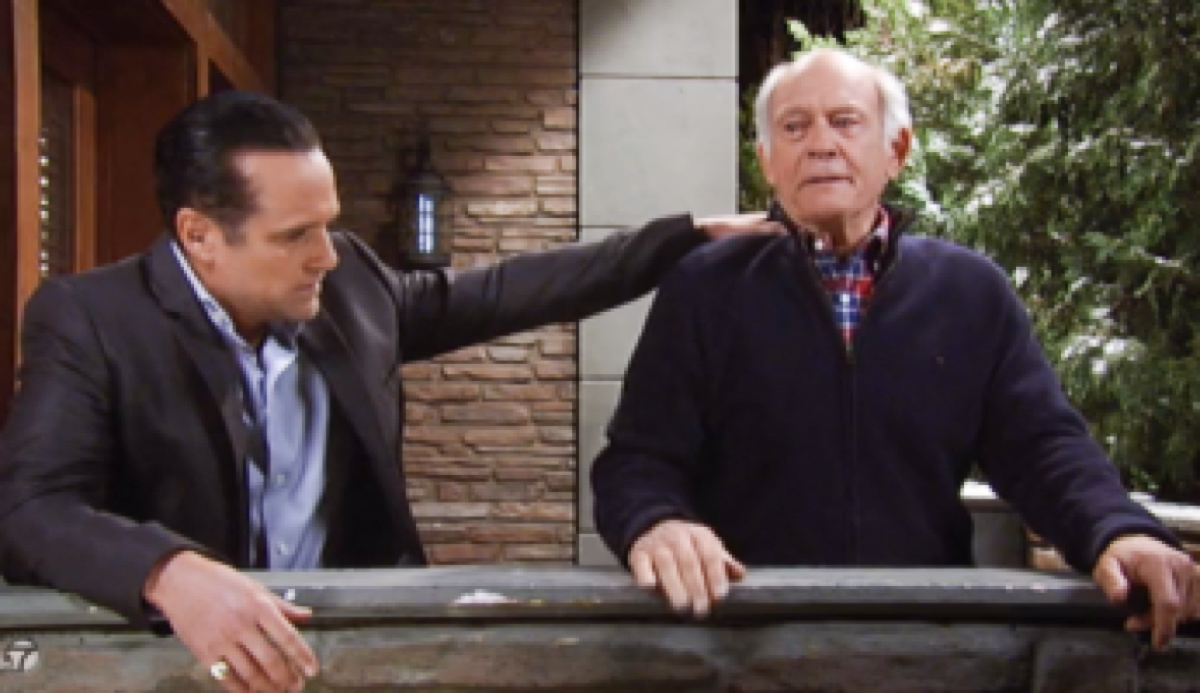 General Hospital’s Sonny Corinthos (Maurice Benard) had his heart set on getting Mike Corbin (Max Gail) into this clinical trial. However, the threefold shootout forces Sonny to miss Mike’s appointment and return to Port Charles. Is this the end of Mike’s options? Can Sonny convince the doctor to offer Mike another chance?

Sonny having to return to Port Charles causes major issues with Mike’s place in this trial. Sonny has managed to secure this evaluation but time is running out as the trial starts soon. As in most experimental procedures, there is a cut off date to be accepted and Mike’s advance condition could cause the doctors to refuse to treat him at all. What will it take for Sonny to get Mike back into the trial? Is Mike too far gone to help?

Money talks, especially on General Hospital and Sonny has a lot of that. After missing Mike’s appointment, will Sonny throw some money around to get him evaluated for the trial procedure? Sonny may assume that these doctors can be bought off but will they make an exception for the mob boss and his father? Will Mike being in Brooklyn for this trial endanger his life since Sonny cannot be there to protect him? Could Mike being in this trial group put the other participants at risk as well? Does Sonny’s money speak loud enough to make a difference?

Will The Trial Help?

Is General Hospital’s Sonny wasting both time and money? There are absolutely no guarantees that this new treatment will help Mike at all. In reality, it will probably just confuse him more being away from Turning Woods and Yvonne Godfrey (Janet Hubert). Mike considers Yvonne to be his wife and wants to be with her. Mike has been upset since Yvonne was taken to the hospital for a feeding tube because he has no idea what is going on with her.

Continued separation from Yvonne and familiar surroundings can certainly cause Mike to be more disoriented and hard to control. If Mike has to stay in Brooklyn for this trial, who is going to be there to keep him calm? Can Sonny find someone to look after him so he can be with his family after this attack? Is it safe for Sonny to leave Mike in Brooklyn while he deals with a mob war? Is the extra stress on Mike going to be worth the end results?