Days Of Our Lives Spoilers For Monday, January 27 – Friday, January 31: Will And Ciara Debate Over Whether They Should Come Forward With The Truth 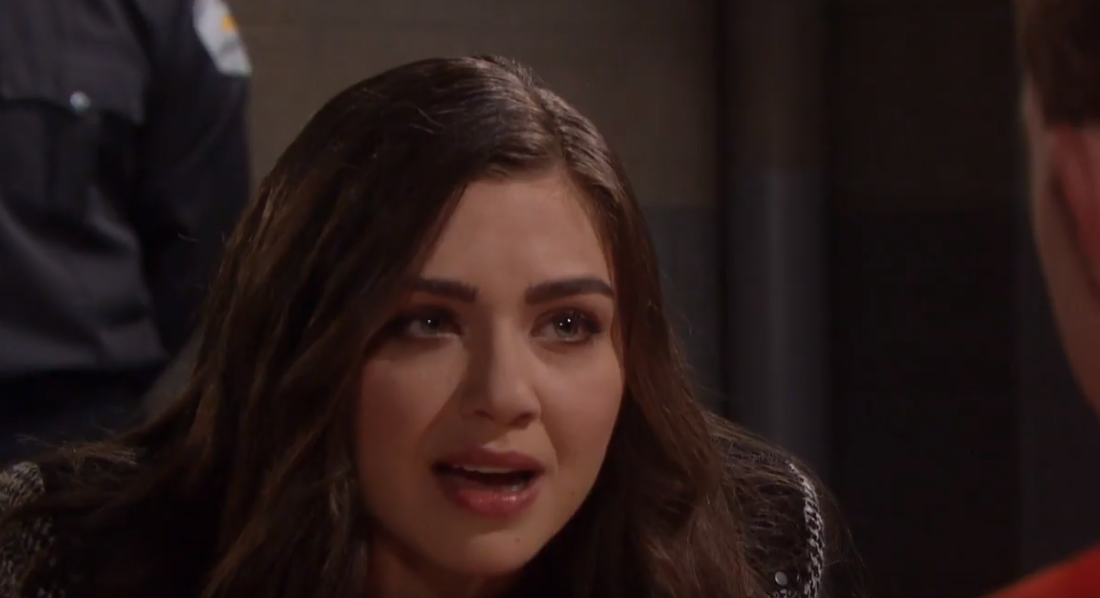 DOOL Spoilers: Will And Ciara Debate Over Whether They Should Come Forward With The Truth

Will Horton (Chandler Massey) and Ciara Brady (Victoria Konefal) debate over whether they should come forward with the truth that Victor Kiriakis (John Aniston) framed Will for the accident that caused Adrienne Kiriakis’ (Judi Evans) death last year. Will blamed himself anyway so it was an easy frame, but Victor had done it to protect Maggie Kiriakis, (Suzanne Rogers) who was driving drunk at the time and was likely the real cause of the accident that Will was also involved in. Ciara tells Will that Victor isn’t going to get away with it!

Brady Black (Eric Martsolf) and Kristen DiMera (Stacy Haiduk) bond again after talking about the death of their baby girl and the aftermath, which brings up their grief all over again, although it had never truly gone away. The only problem is, as Days of Our Lives viewers will recall, their baby is alive, but not so well since Mackenzie Horton (the May twins) has malignant neuroblastoma and her only chance to survive is a bone marrow transplant! Victor had Xander Kiriakis (Paul Telfer) switch the babies after Sarah Horton’s (Linsey Godfrey) baby, who Xander had delivered by the roadside after the accident in which Adrienne was killed, died. Brady will be thrown by Xander’s urgent request, which may involve being tested as a bone marrow donor for Mackenzie.

“Steve Johnson” aka Stefano DiMera (Stephen Nichols) leads John Black (Drake Hogestyn) into trouble as “Hope Brady” aka Princess Gina (Kristian Alfonso) takes Marlena Evans (Deidre Hall) captive! By the end of the week each will be told the other one is dead, but before that happens, John and “Steve” run into some familiar faces in Europe as they are trying to track down Stefano. Tony DiMera (Thaao Penghlis) will do anything to help, while Anna DiMera (Leann Hunley) calls Stefano a “twisted old spider” and some other choice words, which cause “Steve” to lose his cool and yell at her to do them all a favor and shut up! They will all be shocked at such un-Steve like reactions! By the end of the week, Stefano will return with John to Salem, where he will hang him from a ceiling by his wrists, and Gina will point a gun at Marlena and tell her she needs to die!

“Steve Johnson” And “Hope Brady” Feel The Walls Closing In

However, even as they achieve their goals of kidnapping John and Marlena while telling them each the other is dead, they both feel the walls closing in. John will be suspicious when he finds Stefano’s ring in Steve’s bag, which Stefano will cover with telling him it may come in handy in luring Stefano. Gina will be rattled when Shawn Brady (Brandon Beemer) shows up in town at Rafe Hernandez’ (Galen Gering) behest, and Rafe will be stunned by Shawn’s theory about his mother’s bizarre behavior. Kate Roberts (Lauren Koslow) will confront Gina about her and Stefano’s plans for John and Marlena, and later a guilt-ridden Kate will make a confession to someone. Rafe and Shawn will desperately try to track down Gina, while Chad DiMera (Billy Flynn) and Abigail DiMera (Kate Mansi) will make a startling discovery!

Prior to her and Brady re-bonding over grief for their child, Kristen will continue to stir up trouble and the effects will remain! She tells Eric Brady (Greg Vaughan) that Brady and Nicole Walker (Arianne Zucker) are a couple, after which Eric will seek comfort from someone else!