The Bold and the Beautiful Spoilers: Wyatt Makes A Decision Between Sally And Flo – But Will He Stick With It? 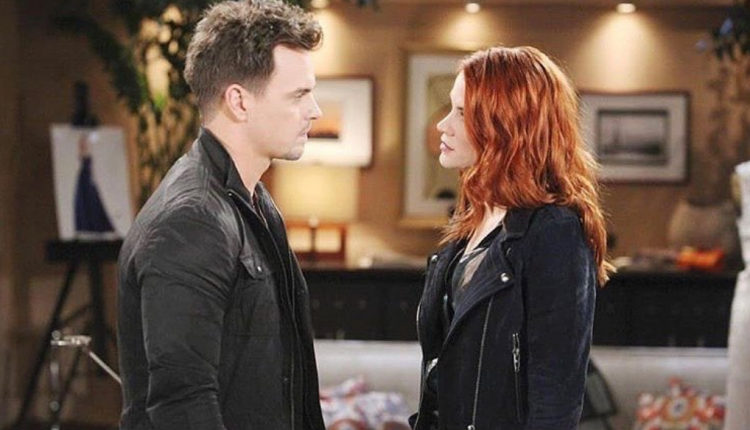 The Bold and the Beautiful spoilers tease that fans will soon be repeating these same words over and over: “here we go again!” Even though Wyatt Spencer (Darin Brooks) recently proclaimed that Sally Spectra (Courtney Hope) is indeed the love of his life, it looks like he might have just changed his mind again. As a matter of fact, Wyatt will dump his fiancé Sally for his high school sweetheart, Flo Fulton (Katrina Bowden). Here’s what you need to know.

While Wyatt and Sally have been trying to make things work, everything seemed to go downhill the moment Sally accidentally called Wyatt by his brother’s name, Liam. Of course, no man wants to be called another name and especially while he is passionately making love to his fiancé in bed, right? Well, it’s safe to say that Wyatt certainly couldn’t get over it.

Actor Darin Brooks, who plays Wyatt Spencer on the hit CBS soap, puts it this way to Soaps in Depth in a new interview, “It’s crazy. The whole thing with Sally didn’t sit right with him. He has been living in his brother’s shadow for years now, and he is fed up with being compared to Liam, and competing with Liam, and always losing out. Wyatt is a guy who wears his emotions on his sleeve. What we saw was a slip of the tongue, and Wyatt doesn’t know what to think about it.”

B&B Spoilers – Will Sally Spectra Fight For Their Love?

Luckily for Flo, it looks like she’s coming back to Wyatt’s life just in the nick of time. In fact, he’s even ready to put Flo’s controversial past behind him mostly because he knows deep down in his heart that Flo Fulton is a good person. Plus, there’s also the fact that his mother Quinn Forrester (Rena Sofer) seems to be pushing for their reunion quite aggressively.

With Wyatt dumping Sally and giving his romance with Flo another shot, who knows how this will work out in the end. Plus, there are only so many times that Flo can be dumped by a man before she throws in the towel herself, right? Needless to say, The Bold and the Beautiful fans will have to tune in to find out what will happen next!