Days Of Our Lives News: Judi Evans Crushed Over DOOL Exit – Will Adrienne Ever Return? 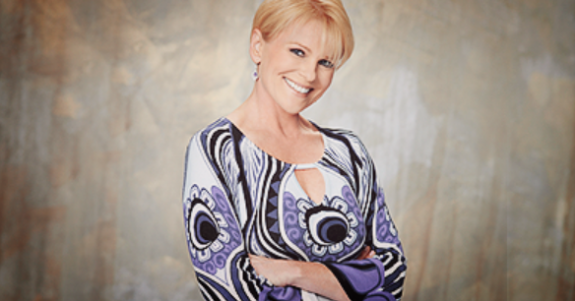 Viewers were saddened when news broke that Judi Evans is leaving “Days of Our Lives” after playing the role Adrienne Kiriakis for 33 years. Now, the actress broke her silence and opened up about her exit, which she said was “pretty devastating.”

Fans know that Adrienne was killed off as part of the show’s historic time jump, which ended her three-decade run on the sudser. Viewers who’ve watched the character grow and develop hoped that there would be a twist to her death but it seems like there’s none since the actress has confirmed her departure.

Evans admitted that she was shocked when she found out about her character’s demise.

“It’s just sad because I loved working there,” Evans said.

It was like a huge part of her life was taken away from her. She had no idea that her character would be killed off since the show didn’t give her any heads up.

She started to get curious about what’s next for her character after rumors started circulating that Adrienne would die. Evans revealed that she heard about it on set. So, in an effort to find out what’s really going on, she pressed co-executive producer Albert Alar for answers. He reluctantly admitted that the rumors were true.

Evans joined the cast of “Days of Our Lives” back in 1987 when she debuted her character, Adrienne Kiriakis. She portrayed the role until 1991. She returned to the show from 2007 until 2008 and returned once again in 2010. Since then, she appeared on the small screen as Adrienne on a recurring basis. Avid viewers of the soap know that aside from her iconic role as Adrienne, Evans also portrayed the character, Bonnie Lockhart.

Some fans are hoping to see Evans back on the screen, although not as Adrienne, but as Bonnie. Although this is a possibility, nobody can say for certain that Bonnie will return to Salem. For now, all viewers could do is tune in. Who knows? “Days of Our Lives” might drop a twist that could send Evans back to the show.

Evans’ other acting credits include “Guiding Light,” “Another World,” “As the World Turns,” and “The Mentalist.”

We’ll give you updates as other Days news and rumors emerge. Stick with DOOL and don’t forget to check back often for the latest Days of Our Lives spoilers, rumors, updates and news.