Days of Our Lives Spoilers: Anna Insults Stefano as ‘Steve’ Bites Back – John Suspicious of His Best Friend 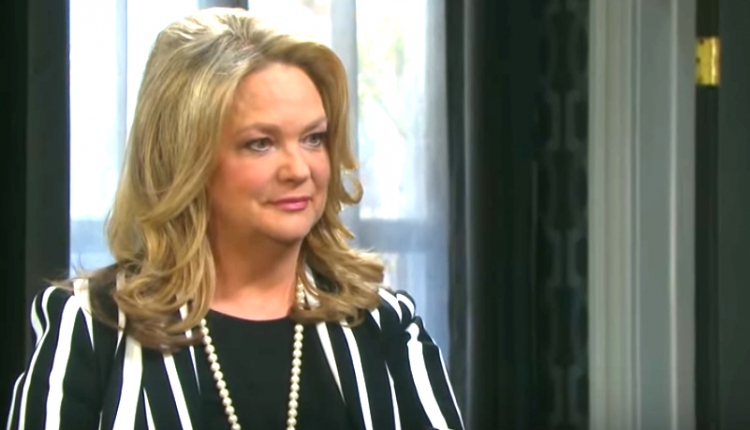 Days of Our Lives spoilers reveal John Black (Drake Hogestyn) and Steve Johnson/Stefano DiMera (Stephen Nichols) run into Tony DiMera (Thaao Penghlis) and Anna DiMera (Leann Hunley). Not realizing that Steve is Stefano, Anna blurts out exactly what she thinks of the DiMera patriarch. This has Steve-ano biting back as John becomes suspicious due to something he finds.

DOOL spoilers indicate Steve-ano has a plan to separate John and Marlena Evans (Deidre Hall). While Princess Gina (Kristian Alfonso) stays in Salem to handle Marlena, Steve-ano takes John on a wild goose chase searching for “Stefano.” However, the impersonator has no idea that they will run into people they both know while on their journey.

Steve and John end up running into two familiar faces, Tony and Anna. Of course, “Steve” isn’t interested in stopping and saying hi. However, Anna has plenty to say when John tells her where they are headed. She fires off a set of insults about Stefano, which ends up making “Steve” angry. So, he bites back and verbally attacks Anna, much to the shock of both Tony and John.

Days of Our Lives spoilers reveal John will make a shocking discovery in Steve’s belongings. He finds Stefano’s ring, which is part of the villain’s identity. When he questions Steve about it, he claims that Kate Roberts (Lauren Koslow) gave it to him and it can help them in their search for Stefano. However, John is starting to add things up and becomes suspicious that Steve might not be who he claims to be. Unfortunately, that realization will come too late for John.

As Steve leads John down a dark path, they encounter Dr. Rolf (William Utay). He has a gun and shoots Steve, which horrifies John. The next thing fans will see is John tied up and hanging from the ceiling. He is being held hostage and is told that the love of his life, Marlena is dead.

The truth is, though, that Marlena is in danger herself. While Rafe Hernandez (Galen Gering) and Shawn Brady (Brandon Beemer) search for a missing Marlena, nobody has a clue that John is in trouble and needs saving as well.