Days of Our Lives Spoilers: Sarah Tells Xander She Loves Him – Nicole Tells Eric the Truth About Brady 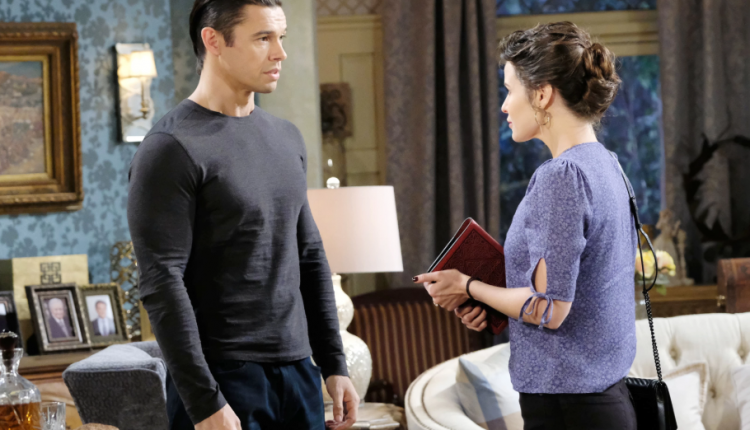 Days of Our Lives spoilers reveal Sarah Horton (Linsey Godfrey) tells Xander Cook (Paul Telfer) she loves him. Meanwhile, Nicole Walker (Arianne Zucker) has another confession to make. She informs Eric Brady (Greg Vaughan) the truth about the fake romance she has with Brady Black (Eric Martsolf). Keep reading to get all the details on what to expect.

DOOL spoilers indicate Xander has been chasing Sarah for over a year, even when she was pregnant with Eric’s baby. No matter how badly she treated him, he continued to do everything in his power to support and protect her. It seems that she will finally give in to her real feelings. Expect Sarah to tell Xander that she loves him.

When Sarah tells Xander how she really feels about him, all his dreams come true. He has Sarah’s love, a power position at Titan and will begin raising Sarah’s baby, even though he switched newborns. However, it will all come crashing down on him when the baby swap truth is revealed. Despite his best efforts to protect Sarah — and himself — the secret will eventually be exposed.

Days of Our Lives spoilers reveal there will be heartbreak on the other side of Salem. Eric finds out that Brady and Nicole are together. Not realizing it is just a game to fool Kristen DiMera (Stacy Haiduk), he will end up feeling betrayed by the woman he loves yet again. This causes him to turn to another woman in an attempt to get some comfort.

Later, Nicole will have a conversation with Eric and tell him what’s really going on between her and Brady. They haven’t rekindled their former romance. Nicole came up with the idea as a way to keep Brady safe from Kristen’s advances. She didn’t want him falling into her trap once again. However, will Eric believe her or will he think this is just another one of her wild lies? Fans will have to keep watching the NBC soap opera to see what happens next.