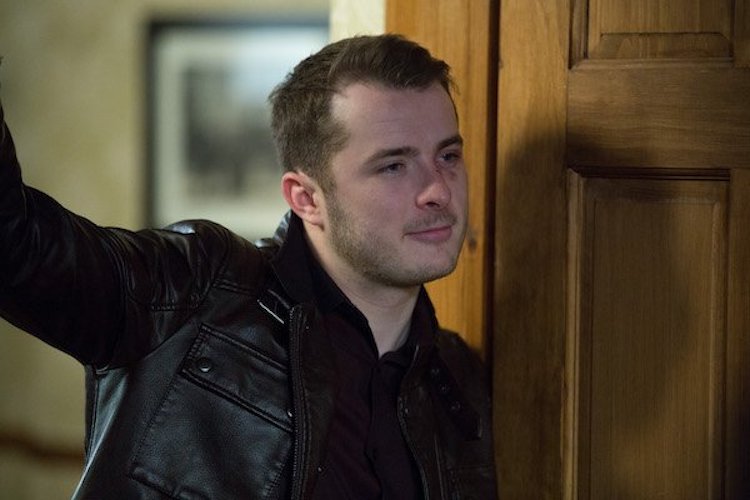 The final scenes on the Friday night episode, January 24, of “EastEnders,” saw Ben Mitchell (Max Bowden) make a huge decision to reunite with the man he loves, Callum Highway (Tony Clay). He ditched his plans of going with the rest of his family, Phil Mitchell (Steve McFadden), Louise Mitchell (Tilly Keeper), and Lisa Fowler (Lucy Benjamin), to run away and start a new life in Portugal following the “death” of Keanu Taylor (Danny Walters). Ben got his father’s blessings when he said he wanted to stay in Walford.

Eastenders Spoilers: Bowden Speaks Out About The Reunion

In an interview with Digital Spy, Bowden said that there’ll be a few more bumps in his character’s relationship with Callum. They can never expect a smooth sailing love story, especially since it is “EastEnders.”

The actor also hinted that Ben is finally taking control of his life. But, he also reminded fans that they need to stay tuned to find out if Ben is really serious when he said he’s leaving his dodgy dealings behind.

His character always finds himself in trouble, which means he may still get involved in something shady even though he’s trying to turn his life around. But the good news is that Ben also knows how to get himself out of trouble.

Bowden also added that he’d like to explore the conflict that the couple is bound to encounter because of the differences in their personalities. Ben has always been the bad boy and he may eventually clash with Callum, especially since the latter wants to become a police.

“The dodgy dealings are what Ben’s family have always been known for in the show, and a bobby boyfriend is a big thing. So I think there’s things to explore there,” Bowden said.

Bowden also wished his former co-star Tilly Keeper all the best as she embarks on a new journey following her exit from “EastEnders.”

Friday’s episode marked the exit of two characters from the show, Tilly Keeper as Louise Mitchell and Lisa as Lucy Benjamin. Just like many viewers, Bowden was sad to see Keeper go but he’s happy to have had the opportunity to work with such a great actress.

“I was very sad to see her leave. As we’ve seen, Tilly and I have had some great stuff in the past few weeks and she’s an absolute joy to work with,” Bowden said.

“I feel very lucky to have worked with her and I wish her all the best for the future. Not that she’ll need it, because she’s going to do brilliantly,” he continued.