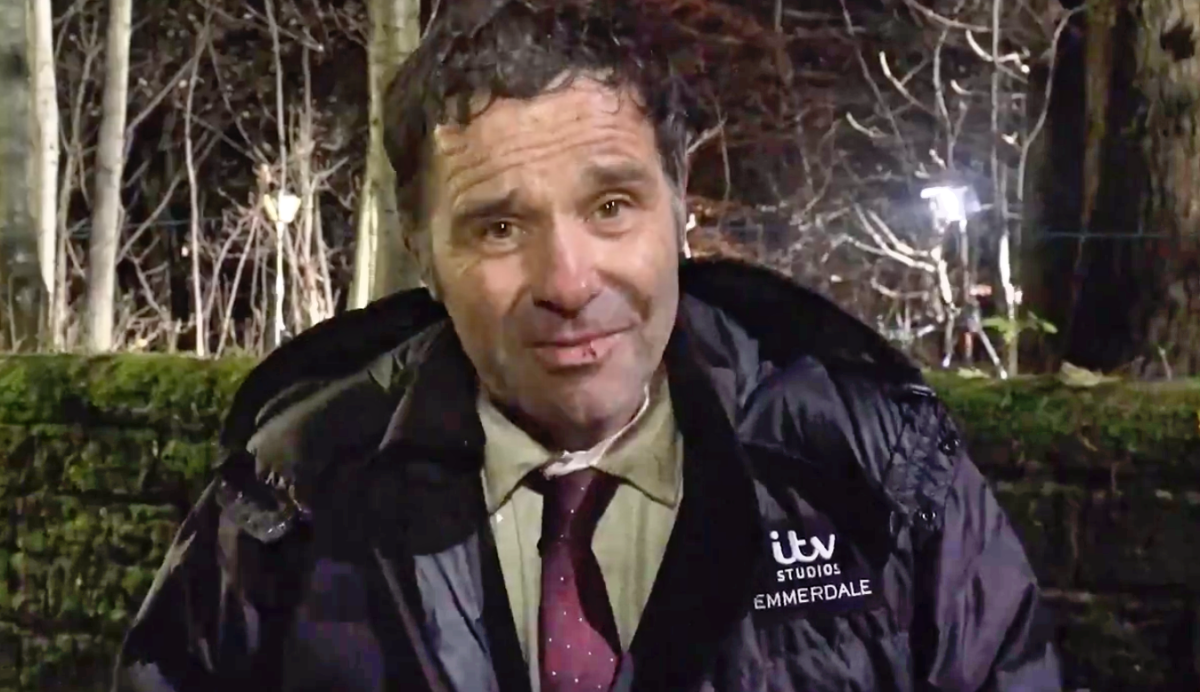 On Thursday’s (January 23) episode, “Emmerdale” fans learned that the surprise character who killed Graham Foster (Andrew Scarborough) was Rhona Goskirk’s (Zoe Henry) rapist ex-husband, Pierce Harris (Jonathan Wrather). But the circumstances surrounding his death were revealed on Friday’s (January 24) episode. Now that the mystery is finally over, actor Andrew Scarborough had the chance to say goodbye to all his fans in a behind-the-scenes clip. The actor can be seen getting a bit emotional as he thanked everyone for their support.

“Thank you to the fans, because the show isn’t capable of existing without the fans, and I’ve had such lovely feedback and backing from the fans about Graham,” Scarborough said.

“I think it’s better to go while there’s still the mystery, because there’s plenty about him. I just want to say thank you very much, and I’m close to tears, actually,” he added.

Emmerdale Spoilers: Scarborough Expected The Death Of His Character

In an interview with “Lorraine,” Scarborough revealed that he expected his character to get murdered eventually.

He said: “With a character like Graham, who lurks in the shadows, I think it was fairly obvious that was going to happen at some point.”

He also defended his alter ego and added, “I don’t think he has deliberately upset anybody at all. I think he’s deeply misunderstood.”

Emmerdale Spoilers: How Did Graham Die?

Friday’s episode detailed how Graham died as scenes prior to his demise were seen in his perspective. It started when Graham met with Pierce, who recently got released from prison, to warn him that he should stay away from Rhona. Their conversation turned violent and Graham ended up beating Pierce.

Following scenes then show Pierce and Graham getting into a fight in the woods. Things turned deadly but Graham didn’t kill Pierce even though he had the chance to do so. This turned out to be Graham’s biggest mistake as Pierce then grabbed a torch and used it to hit Graham on the head.

Graham died at the hands of Pierce but Al Chapman (Michael Wildman), who discovered his body, took credit so Kim (Claire King) would pay off his debts. It’s not yet clear what Al was doing in the woods during that time but rest assured, things will be clarified in the upcoming episodes.