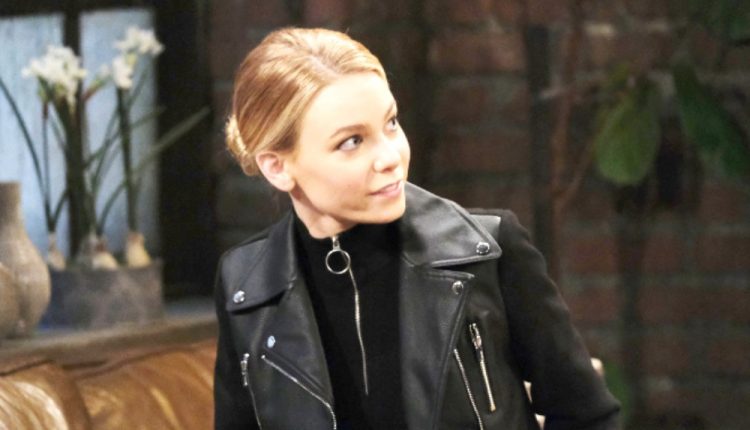 General Hospital (GH) spoilers tease Nelle Benson (Chloe Lanier) isn’t in as much control as she thinks she is. While she believes that her attorney, Martin Grey (Michael E. Knight) is working for her and her alone, he is actually working for Valentin Cassadine (James Patrick Stuart). But what does Valentin want with Nelle, and why? Let’s take a look at a couple of possibilities.

As viewers may recall, Nelle once worked for Valentin. It ended badly when Nelle made an attempt to blackmail Valentin. But Valentin would have none of it and told Nelle she would regret trying to extort money from him.

And while he didn’t kill her perhaps he hasn’t forgotten and is using Martin to take some sort of revenge against Nelle for daring to threaten him. But it’s been a very long time since all of that happened, and Valentin has other fish to fry at the moment.

As viewers know, Valentin searched for Nina Reeve’s (Cynthia Watros) daughter before he hired Sasha Gilmore (Sofia Mattsson) to pretend to be her. But is it possible that Valentin actually found Nina’s real daughter? What if her daughter was someone they already knew? Is it possible that Valentin discovered that Nelle was actually Nina’s own flesh and blood? Valentin wouldn’t want Nelle to get anywhere near Nina, or Charlotte Cassadine (Scarlett Fernandez), for that matter. In his mind, better a fake daughter with no agenda, than a real one who would only bring pain to Nina.

General Hospital Spoilers – Valentin Cassadine has said he had no luck

Valentin has claimed to Nina that he couldn’t find her daughter. But if did he find out it was Nelle, Valentin would want to protect Nina from the murderous young woman. He might have even gone as far as to hire someone else so that no one would search for the truth. Nelle is dangerous and would likely try to take Nina for all her money, or maybe even try to kill her for some sort of inheritance. In the meantime, he hired Martin Grey to keep an eye on Nelle.

Does Valentin want revenge on Nelle? Or did Valentin find out that Nelle is Nina’s daughter and hire Sasha to protect Nina? Only time will tell, so stay tuned to General Hospital airing weekdays on ABC. And don’t forget to check back here regularly for all your General Hospital news, information and spoilers!