The Bold and the Beautiful Spoilers: Sally Puts Katie in a Tough Position – Will She Betray a Confidence and Tell Wyatt the Truth? 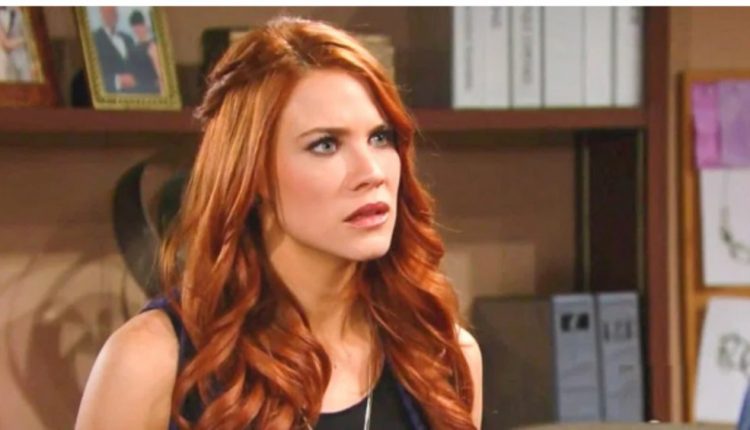 The Bold and the Beautiful spoilers reveal Sally Spectra (Courtney Hope) makes a desperate plea to Katie Logan (Heather Tom). After learning of her diagnosis, she begs Katie not to say anything to Wyatt Spencer (Darin Brooks). She says that her ex-fiance is the last person she wants to know. However, can Katie keep this big secret or will she feel compelled to tell Wyatt what is going on?

The Bold and the Beautiful Spoilers – Sally Spectra’s Specialist

B&B spoilers confirm Sally goes to visit a specialist about her worrisome symptoms. Sally has experienced headaches, shaking and other symptoms for a while. However, it’s getting to the point where others are wondering what’s wrong too. Plus, it is now affecting her work. When her hands shake the way they do, she can’t sketch, which affects her income and career.

After getting her diagnosis, Sally begs Katie not to say anything to Wyatt. However, that will prove to be easier said than done. Even though they are no longer together, Wyatt will hear from others that something seems off about Sally. He will become concerned and pay her a visit at work.

The Bold and the Beautiful Spoilers – A Difficult Situation

The Bold and the Beautiful spoilers tease that this will be a difficult situation for many people. Katie feels guilty about keeping Wyatt in the dark. Wyatt feels that Sally is hiding something and is determined to figure it out. Plus, Flo is concerned when Sally nearly passes out while confronting her about stealing her man.

The Bold and the Beautiful Spoilers: Flo Is About To Race Down The Aisle – Quinn Pushes Her To Marry Wyatt https://t.co/Ah1ssLNHG8 pic.twitter.com/NkukQcxPYI

It is suggested that keeping Sally’s secret might prove to be too much for Katie. Wyatt is asking everyone for the advice and help regarding his decision and how Sally is handling it. Katie knows that Sally is dealing with much more than a broken heart. She will finally sit him down and assure him that Sally is a survivor. However, does she tell him why or will she keep the promise she made to Sally?

The Bold And Beautiful Spoilers: Liam Tells Dr Finn About The Pills – Ridge and…

The Bold And The Beautiful Spoilers: Liam Isn’t Thrilled To Discover Steffy’s Secret

The Bold And The Beautiful Spoilers: Thomas Uses Liam’s Distraction With Steffy…