‘The Young and the Restless’ Spoilers: Billy Can’t Blame Addiction This Time – Recognition Of Reality Lacking 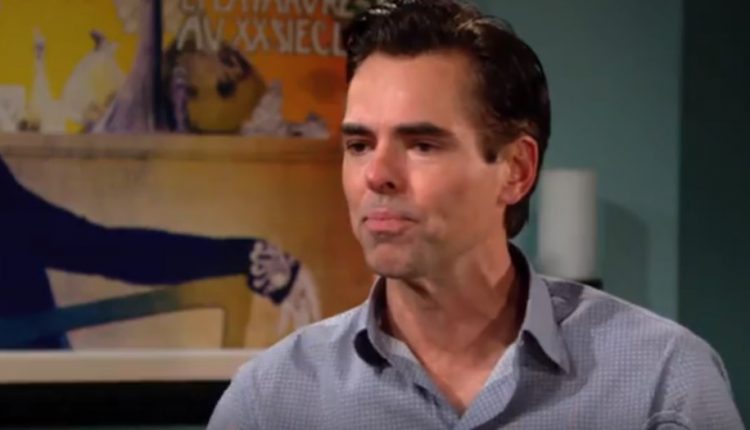 Billy Abbott (Jason Thompson) is in trouble on ‘The Young and the Restless’. But his addiction issues can’t be reasonably cited by anyone this time as the cause of his slow-motion collapse.

As viewers know, Billy has been in trouble since news of Adam Newman’s (Mark Grossman) latest resurrection broke last year. That shock bent Billy’s mind, provoking vengeful and more importantly, guilty thoughts about what happened to Delia Abbott (Sophie Pollono) on that dark October night in 2013. But Adam is not at fault for what Billy has been doing to himself.

Vickie Newman (Amelia Heinle) has done absolutely nothing but love Billy. Yet, his total discount of that gift serves to reconfirm that he’s apparently never developed, or has been able to sustain common sense.

The Young And The Restless Spoilers – Children Should Be Central Focus

Vickie is the mother of Billy’s second daughter, Katie Abbott (Sienna Mercuri). But Vickie is also the adopted mother of his son, Johnny Abbott (Ryan and Holden Hare).

Chelsea Lawson (Melissa Claire Egan) gave up the son she had with Billy. That scenario was orchestrated by Victor Newman (Eric Braeden) once upon a daytime, as hardcore viewers remember. That means Vickie is not only mothering Billy’s surviving child, which is her blood daughter. She’s also expressed her infinite love for Billy by caring for his other child, Johnny. On that point alone, Billy should have never have thought about turning away from Vickie.

Y&R Spoilers – Does Billy Abbott Love Anyone More Than Himself?

Love is a subjective topic, but it’s also one that anyone can address. Everyone in Genoa City, Wisconsin, can speak from experience about giving and receiving love.

Maybe Billy has had love come too easily to him? It’s been offered by family forever and by various ladies, most especially Victoria.

Yes, it can be asserted that Billy has taken Vickie for granted. He believes that he’s her soul mate and therefore will always be that no matter what he does. What a dangerous theory to test over and over and over again. It’s now fair to wonder if this conjecture will bear a permanent, negative conclusion and end for ‘Villy’?

The Young and the Restless Spoilers: Kyle Feeling Guilty, Makes A Confession To Lola – The Honeymoon is Over! #yr #youngandrestless https://t.co/q91vhxiTqU

Billy believed in his mind that he was being honest in coming clean to Vickie about what he was recently doing at the Empty Glass bar. Oh, how big of him!

Vickie’s reaction shots to his admission were telling. She couldn’t believe that he’d managed to betray her once again. To think that he apparently had overcome the boathouse breakthrough last summer and hadn’t suffered a relapse of any gambling addiction issue since, but was still straying off-course, was absolutely incredible.

But that is ‘Billy-boy’. Yes, it is, as Vickie has once again, unfortunately, come to realize.