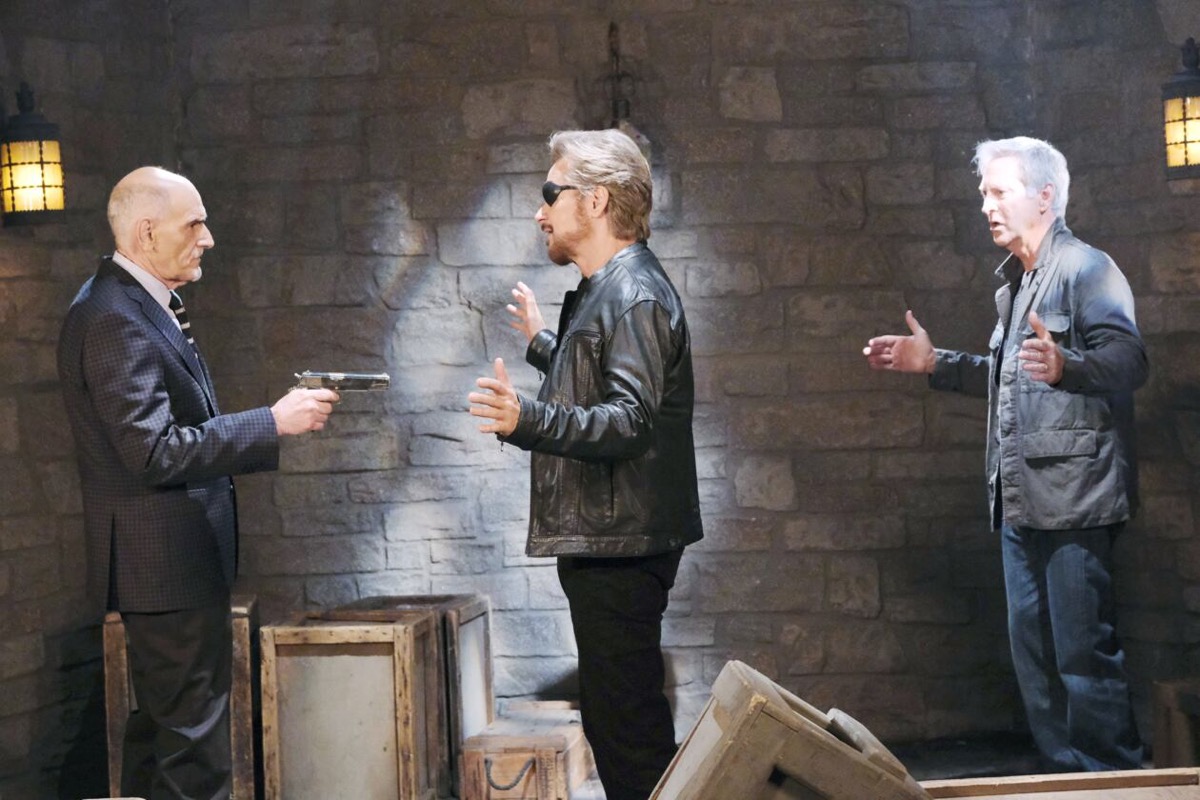 Days of Our Lives (DOOL) spoilers for Tuesday, January 28, tease that John Black (Drake Hogestyn) and “Steve Johnson” aka Stefano DiMera (Stephen Nichols) will face a shocker. In Europe, “Steve” will lead John on a pointless mission to find Stefano. Little does John know Stefano is right in front of him – at least a version of him!

Nevertheless, DOOL spoilers say “Steve” will offer up some bogus clues and try to keep this hunt going. It’s all part of a trap, which will lead to John’s faked death as well as Marlena Evans’ (Deidre Hall). In the meantime, this mission will come with a few curveballs – including a surprising encounter.

Days Of Our Lives News: Judi Evans Crushed Over DOOL Exit – Will Adrienne Ever Return?

Days of Our Lives spoilers state that John and “Steve” will bump into Tony DiMera (Thaao Penghlis) and Anna DiMera (Leann Hunley). It won’t take long for “Steve” to get annoyed with Anna, especially once she starts trash-talking Stefano!

Days Of Our Lives Spoilers: Princess Gina Will Have Her Own Plot To Worry About

Back in Salem, Princess Gina Von Amberg aka “Hope Brady” (Kristian Alfonso) will have her own plot to worry about. She’ll grow quite concerned after Shawn Brady (Brandon Beemer) returns to town. It turns out Princess Gina has a good reason to fret. Shawn is the one person who could solve this “Hope” mystery – and he’ll indeed crack the case after an enlightening chat with Rafe Hernandez (Galen Gering).

Days of Our Lives spoilers say Rafe will explain all the strange stuff “Hope’s” been doing lately. He’ll talk about “Hope’s” smoking as well as the pass she made at John. Rafe will also be puzzled by “Hope’s” sloppiness with evidence and her outbursts on the job.

Days Of Our Lives Spoilers: Did Maggie Really Cause The Accident That Killed Adrienne? https://t.co/i1BHkHiW7E pic.twitter.com/ZGfnzonovq

Shawn will quickly determine that Princess Gina must’ve taken over “Hope’s” body somehow, so he’ll suspect Dr. Wilhelm Rolf (William Utay) is behind this. Rafe will help Shawn piece together how it all went down, but the toughest task will be figuring out what to do next!

DOOL Spoilers: Lani Price Will Get Some Infuriating News

Other Days spoilers state that Lani Price (Sal Stowers) will get some infuriating news. She’ll find out Gabi Hernandez (Camila Banus) accepted Eli Grant’s (Lamon Archey) proposal, so she obviously won’t be happy about that. Lani will be crushed on some level, but she’ll be furious with Gabi, too. This should serve as more motivation to make Gabi’s takedown happen ASAP!

It looks like the excitement’s about to rev up on the NBC soap. We’ll give you updates as other Days details and rumors emerge. Stay tuned to DOOL and don’t forget to check back often for the latest Days of Our Lives spoilers, rumors, updates and news.