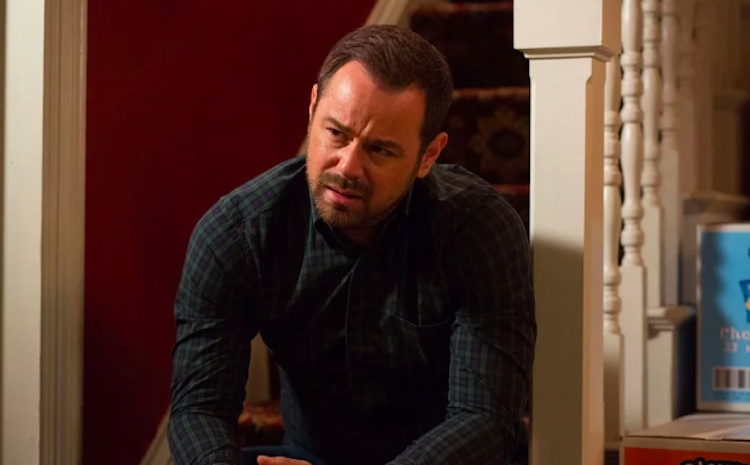 Eastenders spoilers for the week of January 27 reveal Linda Carter (Kellie Bright) gets violent with her husband. He suggests rehab for her drinking, but Linda claims she doesn’t need it. Unfortunately, her drinking will continue as she can’t seem to control herself. Meanwhile, Keegan Baker (Zack Morris) suffers a setback and Tiffany Baker (Maisie Smith) lies to the Council.

During the upcoming week, Michael “Mick” Carter (Danny Dyer) will make a suggestion to his struggling wife. Desperate to get the woman he married back, he thinks she should check into rehab. However, she refuses and claims that she can cut back, ration her drinking and remain in control.

Eastenders spoilers tease that not only is Linda still struggling with her addiction, she will continue to be in denial. Despite her best efforts, Linda will be unable to control herself. When will she realize that she needs professional help? After everything that happened, especially on New Year’s, she needs an expert to help get her to stop hitting the bottle.

Linda will also cause some major issues when she checks her son, Ollie Carter out of school early. She forgets to let Mick know and for a short time, everyone is in a panic over where Ollie and Linda could be. Did she kidnap him? Did she get drunk and put the little boy in danger? So many questions. Thankfully, everything turns out okay in the end. At least, this time everything is okay. However, Linda has a major problem and her son is at risk.

As for Keegan, he will lose a food contract. It is a devastating blow to his new business and he ends up feeling humiliated. Regarding Tiffany, she will hide the truth from the Council regarding Ted Murray’s (formerly Christopher Timothy) living arrangements. So, she comes up with the bright idea of pretending to be his wife.

Plus, expect more drama with Sharon Mitchell (Letitia Dean) and the other characters during the upcoming week.To find out what happens next, keep watching the British soap opera.